EXECUTIVE DIRECTOR’S REPORT
TO THE SAN FRANCISCO ETHICS COMMISSION
For the Meeting of June 29, 2015.

The Mayor’s proposed budget for the Ethics Commission for Fiscal Year 2015/16 is 3,927,460, which is $646,894 less than the current fiscal year budget of $4,574,354.  This is primarily due to a reduction of $617,179 in the deposit to the Election Campaign Fund which would normally be about $2 million but this year is only $1.3 million.  The reason for this reduction is that the Election Campaign Fund is capped at $7 million and will reach that cap with this lower deposit.

The primary portion of this reduction is reflected in the $50,000 “addback” to the Commission’s budget in the current fiscal year from the Board of Supervisors.  That $50,000 was a one-time addition and so is not reflected in this proposed budget. The remaining $24,645 in reductions are a 3% reduction in Fringe Benefit costs, an 8% reduction in Services from Other Departments (rent, phones, mail, training, etc.) and a 22% reduction Professional and Contractual Services (ie copier/equipment rentals, Court Reporters, Process Servers, online subscriptions like Lexus/Nexus and our web domain etc.).

These reductions are offset by an increase in staff funding of $44,930.  However, this will not be enough to fund an additional staff member.

For the following Fiscal Year 2016/17, the proposed budget is increased by $780,673.  Most of this is attributable to a return to the normal deposit to the Election Campaign Fund, an increase of $681,668.   The remaining increase of $99,005 includes a 1% increase to Services of Other Departments, and a 3% increase in fringe benefits.

There is also in increase of $79,948 in staff funding.  This will be enough to fund an additional staff position.

On Monday, June 15, I made a presentation to the Board of Supervisors Budget and Finance Committee regarding our proposed budget.  As part of the presentation, I petitioned the Board Members to consider adding funding to our budget specifically for additional staff.

The final budget will be released on July 14.  The first vote at the Board will take place on July 21 and the final vote will be on July 28.

As of June 15, 2015, there were 17 pending formal complaints alleging violations within the Ethics Commission’s jurisdiction.

Enforcement Summaries
•           On May 27, 2015, the Ethics Commission entered into a stipulated agreement with James Reuben.  Mr. Reuben admitted to committing one violation of San Francisco Campaign & Governmental Conduct Code section 2.110(c), and agreed to pay a penalty of $500.  A copy of the agreement is available on the Commission’s website.

•           On May 27, 2015, the Ethics Commission entered into a stipulated agreement with Jane Kim, Jane Kim for Supervisor 2010.  Ms. Kim admitted to committing one violation of California Government Code section 84104, one violation of California Government Code, section 84300(b), and two violations of San Francisco Campaign & Governmental Conduct Code section 1.114(a), and also agreed to pay a penalty of $5,700.  A copy of the agreement is available on the Commission’s website.

•           On May 27, 2015, the Ethics Commission determined that the San Francisco Arts Commission committed one non-willful violation of Sunshine Ordinance, section 67.27(a).

c. Status of accounts to San Francisco Bureau of Delinquent Revenues (BDR).  The following chart provides details on active accounts referred to BDR as of June15, 2015:

The next campaign consultant quarterly report deadline is Tuesday, September 15, 2015, covering the reporting period from June 1, 2015 through August 31, 2015.  Staff will send reminders to all active campaign consultants prior to the deadline.

As of June 22, 2015, 475 persons (98 percent) have filed their Annual Form 700 with the Ethics Commission.  Reminders have been e-mailed to filing officers and non-filers, and a second round of formal warning letters will be sent in early July.  Staff is also following up with filing officers and non-filers who have overdue Assuming Office and Leaving Office Form 700s.

As of June 24, 2015, 21 individuals have registered with the Permit Consultant program.  Sixteen Disclosure Reports for the period January 1 to present have been received.  The Department of Building Inspection has provided several sets of data (including the value of the estimated construction costs and the City officers or employees who were contacted in an attempt to obtain the permit) from its permit consultant database.  Ethics Commission staff is analyzing the usefulness of the data for identifying potential registrants.

On Friday, June 19, staff and DCA Andrew Shen participated in a Meet and Discuss with the Executive Director of the Municipal Executives’ Association to answer questions about the proposed regulations for electronic filing of Form 700s for all city employees.  All bargaining units that represent CCSF employees were invited to attend, and those unions that responded to the opportunity to meet and discuss the changes were provided drafts of the proposed regulations.  The discussion was mediated by an Employee Relations Representative from the Department of Human Resources.

On June 4, 2015, staff conducted a training on state and local campaign finance laws that apply to candidates running for office in the November 3, 2015 election.  Upcoming candidate training sessions will be held on July 7 and August 13.  Training sessions for ballot measure committees will be held on July 28, August 19 and September 10.  Training sessions for general purpose committees (also referred to as political action committees) are scheduled for July 29, August 6 ans September 2.  In addition to conducting live training sessions, the Commission has posted the training presentations on its website.  Separately, on an on-going basis staff provides training to candidates and campaign treasurers on using the Commission’s online electronic filing system, SFEDS.

The staff project calendar for 2015 which was approved by the Commission in March follows:

Seventeen key documents regarding the Ethics Commission’s services and programs have been submitted to LanguageLine Solutions for translation into traditional Chinese, Spanish, and Tagalog.  Language regarding the availability of translation and interpretation services is also being translated, and will be added to the website.  The translations are scheduled for staggered delivery starting the third week of July, with final delivery by August 11, 2015.  A list of the 21 languages that the City provides telephonic interpretation for has been posted in the public area of the office, and staff is working with the Office of Civic Engagement & Immigrant Affairs to develop a recorded telephonic message about office hours and services.  Staff is also creating an Annual Compliance Plan, which will include a description of the Ethics Commission’s language access policy, and the protocols that staff will follow if language services are requested. 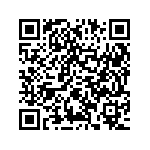 Scan the QR code with a mobile device camera to access the latest version of this document online:
https://sfethics.org/ethics/2015/06/executive-directors-report-june-29-2015.html