The Committee was formed on October 15, 2011 to support and advance Latino issues and candidates in San Francisco. During the period covered by the audit, the Committee’s treasurer was Patricia Melgarejo. The Committee remains open as of the date of this report.

The Commission determined that there was one material finding with respect to the audit of the Committee:

The Committee failed to itemize contributions of $100 or more totaling $10,275, or 58 percent of the total amount of contributions received by the Committee, in violation of S.F. C&GC Code section 1.114(e).

Government Code section 84211(f) requires a committee to report detailed information about a contributor when such contributor has cumulatively donated $100 or more in a calendar year. Specifically, a committee must disclose the following information: the contributor’s full name, his/her street address, his/her occupation, the name of his/her employer, the date and amount received for each contribution, and the cumulative amount of contributions.

The Committee provided the following comments with respect to the audit finding:
The former treasurer, Patricia Melgarejo, stated that she was on leave around December 2013 and a person who performed the duties of the treasurer at that time did not have sufficient documentation to itemize the contributions until early 2014.

Ms. Melgarejo also stated that she did not receive copies of checks or lists of contributors for some fundraising events until the end of December 2013 due to a change in the club’s leadership, which was not a smooth transition. 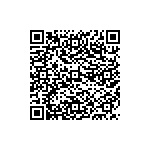 Scan the QR code with a mobile device camera to access the latest version of this document online:
https://sfethics.org/ethics/2015/06/san-francisco-ethics-commission-audit-report-latino-democratic-club-san-francisco-fppc-id-1342652.html