ACTING EXECUTIVE DIRECTOR’S REPORT
TO THE SAN FRANCISCO ETHICS COMMISSION
For the Meeting of September 28, 2015.

Each of the two publicly funded candidates may spend no more than his or her Individual Expenditure Ceiling, which began at $250,000 and has been adjusted by the Commission staff based on the sum of opposition spending against each candidate and the total supportive funds for his or her opponent.  Staff monitors and processes filings by the candidates and third parties daily to determine whether the Commission needs to adjust the Individual Expenditure Ceilings.

In addition to processing requests for public funds and analyzing whether Individual Expenditure Ceilings should be adjusted, staff also continues to conduct outreach and respond to numerous questions from candidates and third party filers on a daily basis.

As of September 15, 2015, there were 23 pending formal complaints alleging violations within the Ethics Commission’s jurisdiction.

a. Filing deadline.   As of September 22, 2015, eight candidates and committees did not file their required campaign statement for the period ending June 30, 2015, due on July 31, 2015.  They were sent a Second Non-Specific Written Notice informing them of their delinquent filing.  Three of these committees were added to the Non-Responsive Filers List webpage.  September 24, 2015 was the deadline for the First Pre-Election statement, which covers the reporting period ending September 19, 2015.  The next deadline is October 22, 2015 for the Second Pre-Election statement, which covers the reporting period covering through October 17, 2015.  In the interim, staff receives and processes campaign statements on an ongoing basis.  Staff continues to answer questions from and conduct outreach to candidates and other committee representatives about campaign finance filing obligations.

As of September 15, 2015, 155 individual lobbyists were registered with the Commission.  Total revenues collected to date for the 2015-2016 fiscal year amount to $10,500 in lobbyist registration fees.  The next filing deadline for the next lobbyist disclosures is October 15, 2015.

As of September 17, 2015, 28 campaign consultants were registered with the Commission.  The Commission has collected $3,700 in registration fees so far during the 2015-2016 fiscal year.

The next campaign consultant quarterly report deadline is Tuesday, December 15, 2015, covering the reporting period from September 1, 2015 through November 30, 2015.  Staff will send reminders to all active campaign consultants prior to the deadline.

As of September 23, 2015, 29 permit consultants were registered with the Commission.

The next permit consultant quarterly report deadline is Thursday, October 15, 2015, covering the reporting period from July 1, 2015 through September 30, 2015.

As of September 17, 2015, two developers of major City projects had filed reports with the Commission in 2015.  The next quarterly report deadline for such major developers is Thursday, October 15, 2015, covering the reporting period from July 1, 2015 through September 30, 2015.

Staff has issued letters imposing late fines, and is continuing to follow up with filing officers and non-filers who have overdue Assuming Office and Leaving Office Form 700s.  Staff is issuing a quarterly reminder of due dates for Certificates of Ethics Training and Sunshine Ordinance Declarations.

A valued member of the Commission staff, Campaign Finance Assistant Malika Alim, has left to take another position with the City.  We wish Malika the best and thank her for her good work for the Commission.  Staff is working to fill Malika’s position.

On September 10, staff conducted training for ballot measure committees.  In addition to conducting live training sessions, the Commission has posted the training presentations on its website.  Separately, on an on-going basis staff provides training to candidates and campaign treasurers on using the Commission’s online electronic filing system, SFEDS.

In compliance with the San Francisco Language Access Ordinance requirements, staff is preparing a written update to the Office of Civic Engagement and Immigrant Affairs regarding the Ethics Commission’s plans to ensure future compliance with the ordinance.  The update is due October 1, 2015. 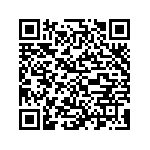 Scan the QR code with a mobile device camera to access the latest version of this document online:
https://sfethics.org/ethics/2015/09/executive-directors-report-september-28-2015.html