This Audit Report summarizes the audit results of the committee, “No Wall on the Waterfront, Yes on Prop B, top contributors include Richard and Barbara Stewarts” Identification Number 1362775 (“the Committee”), from January 1, 2014 through December 31, 2014. The audit was conducted to determine whether the Committee materially complied with the requirements of the Political Reform Act (“the Act”) (California Government Code section 81000, et seq.) and San Francisco’s Campaign Finance Reform Ordinance (“CFRO”) (San Francisco Campaign and Governmental Conduct Code section 1.100, et seq).

The Committee qualified as a primarily formed ballot measure committee on February 6, 2014 to circulate a petition relating to the Waterfront Height Limit Right to Vote Act. The initiative qualified as Measure B for the June 3, 2014 election and the Committee continued to support the measure. During the period covered by the audit, the Committee’s treasurer was Stacy Owens and the assistant treasurer was Marissa Quaranta. The Committee was terminated on August 5, 2014. 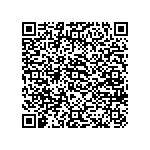