ACTING EXECUTIVE DIRECTOR’S REPORT
TO THE SAN FRANCISCO ETHICS COMMISSION
For the Meeting of October 26, 2015.

As of October 19, 2015, the Commission has disbursed a total of $307,500 in public funds to two candidates seeking election to the District 3 seat on the Board of Supervisors. Each of the two candidates qualified for the maximum amount of public funds allowable: $155,000 for a non-incumbent candidate and $152,500 for an incumbent candidate.  Information regarding the amounts disbursed to each candidate and the amounts privately raised and spent by each candidate is posted to data dashboards on the Commission’s website.

In addition to processing requests for public funds and analyzing whether Individual Expenditure Ceilings should be adjusted, staff also continues to conduct outreach and respond to numerous questions from candidates and third party filers on a daily basis.

As of October 15, 2015, there were 25 pending formal complaints alleging violations within the Ethics Commission’s jurisdiction.

a. Filing deadline.   October 22, 2015 is the deadline for the Second Pre-Election statement, which covers the reporting period covering through October 17, 2015.  In the interim, staff receives and processes campaign statements on an ongoing basis.  Staff continues to answer questions from and conduct outreach to candidates and other committee representatives.

As of October 15, 2015, 160 individual lobbyists were registered with the Commission.  Total revenues collected to date for the 2015-2016 fiscal year amount to $13,000 in lobbyist registration fees.  The next filing deadline for lobbyist disclosures is November 16, 2015.

The next campaign consultant quarterly report deadline is Tuesday, December 15, 2015, covering the reporting period from September 1, 2015 through November 30, 2015.  Staff will send reminders to all active campaign consultants prior to the deadline.

Staff is processing the permit consultant quarterly reports that were due Thursday, October 15, 2015, covering the reporting period from July 1, 2015 through September 30, 2015. Approximately 46 permit consultants filed their reports.

As of October 19, 2015, four major developers had registered with the Commission with respect to seven major projects since the ordinance’s effective date.  Staff is investigating potential under-reporting.

Staff continues to work with filing officers and non-filers who have overdue Assuming Office and Leaving Office Form 700s.  Staff issued a quarterly reminder of due dates for Certificates of Ethics Training and Sunshine Ordinance Declarations.

On October 10, 2015, Governor Jerry Brown signed AB 990 which, because of its urgency clause, took effect immediately.  In brief, shortly before the November 3, 2015 election, AB 990 changed the state’s rules for disclaimer requirements on campaign advertisements.  Working with FPPC, Commission staff was able to revise and disseminate its disclaimer charts to provide timely guidance to the public and the regulated community regarding these changes.

Staff submitted a written update to the Office of Civic Engagement and Immigrant Affairs regarding the Commission’s plans to ensure future compliance with the San Francisco Language Access Ordinance requirements by the October 1, 2015 deadline. 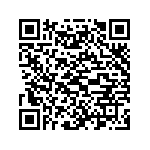 Scan the QR code with a mobile device camera to access the latest version of this document online:
https://sfethics.org/ethics/2015/10/executive-directors-report-october-26-2015.html