The San Francisco Ethics Commission at its meeting on Monday, November 23, 2015 announced that it had unanimously selected LeeAnn Pelham to serve as its next Executive Director.

Ethics Commission Chair Paul Renne, in making the announcement, said that out of 32 applicants from throughout the United States, the Commission’s Recruiting Committee selected three who were personally interviewed by the full Commission as a replacement for the Commission’s former Director John St. Croix, who retired in August, 2015.  Chair Renne stated that all three candidates were highly qualified to fill the role, but Ms. Pelham’s proven track record as an effective, independent and non-partisan leader and manager of the LA Ethics Commission, and her obvious energy, enthusiasm, and passion for the work of assuring good governance makes her the right choice for this Commission at this time.  Chair Renne added, “The Commission looks forward to working with her in the coming years and we are confident that the staff, the regulated community, all other stakeholders and the community at large will find that we have chosen well.”

Ms. Pelham will assume her duties on January 4, 2016.  Until that date, Deputy Director Jesse Mainardi will continue as Acting Executive Director, a role for which Chair Renne thanked him on behalf of the full Commission for having performed his duties in a highly professional and competent manner. 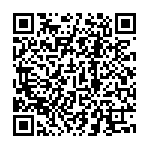 Scan the QR code with a mobile device camera to access the latest version of this document online:
https://sfethics.org/ethics/2015/11/san-francisco-ethics-commission-announces-executive-director-appointment.html