Summary: This report provides various programmatic and operational highlights to date for the month of January 2016.

Action Requested: No action is required by the Commission, as this item is only for informational purposes.

Staff held an Interested Persons meeting on January 13, 2016 to solicit additional public comment on implementing Proposition C (discussed in further detail in Agenda Item 4 of the January 25, 2016 Commission Agenda).  Nearly 40 persons attended the session, the second “IP” meeting since passage of the measure on the November ballot.  A range of comments and suggestions were offered to assist in the development of implementing regulations.

Chairperson Paul Renne initiated a series of brief individual meetings with San Francisco’s elected and appointed officials to introduce me and begin informal dialogue with those offices about how we can work together in support of good governance in the City and County of San Francisco.  Additional meetings are scheduled and will likely continue into the next month.

At the invitation of the Controller’s Office, I will be providing a brief ethics overview on January 28, 2016 to new staff members in that office.

Outreach to other local ethics agencies in California and elsewhere is underway to enable our office to stay connected with peers on policy and programmatic developments, leading agency practices, and other issues of shared interest.

Staff anticipates finalizing pre-2015 audits in February.  In March 2016, staff will commence the audits of committees active in 2015.  With the backlog of prior years’ audits eliminated, the audits of 2015 committees are on track to be completed prior to the selection of 2016 committees next year.

Staff are completing internal tests of the Ethics Commission’s new electronic filing system for submitting claims for the City’s public matching funds program.  We are working to make sure the online system will go live by early February, when candidates seeking to qualify for matching funds in connection with the 2016 City elections can begin submitting their qualifying documentation.

With a new calendar year, all active candidates, recipient committees and Major Donor/Independent Expenditure committees are required to file their Semi-Annual campaign statements for the period ending December 31, 2015, by the February 1, 2016 filing deadline.  Staff expects over 300 filings to be submitted.  Historically, roughly 80 percent are filed electronically.  In preparation for the upcoming deadline, all candidates and committees were sent a reminder of the deadline that also included other campaign finance updates.  Staff anticipates an increase in the number of first-time candidates in connection with this year’s June and November elections, along with a corresponding likely uptick in guidance and outreach from our office to help support their filing and disclosure compliance.

Contact lobbyists are required to register within five business days of qualifying, and their registration terminates annually on February 1 unless they re-register for the upcoming calendar year.  As of mid-January 2016, 163 individuals were registered with the Commission as contact lobbyists. This represents a 19 percent increase from the number of contact lobbyists registered at this time last year.

On a fiscal year basis, to date for FY2015-16, registered contact lobbyists have submitted a total of 1,076 public monthly lobbying reports online with the Commission.  As of mid-January 2016, registration fees collected for contact lobbyists for FY16 amount to $40,000.

The next filing deadline for lobbyist monthly disclosures is February 16, 2016.  As is Staff’s normal practice each month, reminders of the deadline were sent to each lobbyist approximately one week prior to the deadline to help promote fully and timely reporting compliance.

As of January 19, 2016, five individuals have registered as permit consultants, bringing the total to 55.  Staff is processing Fourth Quarter disclosure reports submitted by Permit Consultants, which were due January 15, 2016.

Annual Statement of Economic Interests (Form 700) filings are due on April 1.  In preparation for the annual filing season, an informational memorandum regarding departmental Filing Officer duties will be sent to all Department Heads by the end of this month.  In addition, refresher sessions on the filing process will be held in early February 2016 and the first week of March 2016.  Staff are also available to provide individual informational sessions for departments on request.

In March 2015, the Ethics Commission approved a staff project calendar that outlined a general timeline then planned for staff work in various policy and program areas.  Since that time, per the direction of Chair Renne, the Commission’s consideration of those topics and timeframe was placed on hold pending the selection of its next Executive Director.  With that process now resolved, an updated policy and program review calendar is in development.  In the interim, for informational purposes, Attachment 1 provides in chart form an overview of key upcoming program and operational deadlines for the remainder of Fiscal Year 15-16.

I look forward to answering any questions you might have in connection with this report at the January 25th meeting. 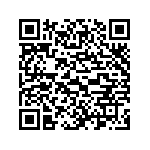 Scan the QR code with a mobile device camera to access the latest version of this document online:
https://sfethics.org/ethics/2016/01/executive-directors-report-january-25-2016.html