Chairperson Renne called the meeting to order at 9:05 A.M.

II. Discussion and possible action on the Commission’s budget.

John Sinclair stated he has been a resident of San Francisco since 1986.  He provided a list of organizations that may be subject to the new regulations regarding expenditure lobbyists.  He stated he obtained the information from publicly-available sources.

Oliver Luby stated that the issue raised by Bob Planthold could be addressed as an amendment to the current contribution ban.

Marc Solomon stated that he is a member of the Friends of Ethics and concurred with Bob Planthold statements.  He stated that those committees are merely an outlet for unregulated spending.

Responding to Chair Renne, Mr. Ababon stated that the deadline for all departments to submit their budgets is February 22, 2016.

Chair Renne reviewed the budget process from the submission date to approval while confirming with Mr. Ababon if the steps he outlined were correct.  At the conclusion of this review, Commissioner Renne handed a member of staff a blown-up reprint of an editorial cartoon entitled “A Guide to the Budget, From Supervisor Louise Renne” which had been drafted many years ago yet outlined the same stages Mr. Ababon had just confirmed were still in place.

Mr. Ababon further stated that the Board of Supervisors approves an interim budget to take effect on July 1 which acts as a legal placeholder until the final budget is approved.  He stated that, generally, the interim budget that is submitted does not contemplate any changes.

Responding to Chair Renne regarding the submission deadline, Mr. Ababon stated that the departments are strongly urged to meet that deadline.  He stated he was not aware of a process for a department to make changes to a budget after it is submitted, but that he would research if that was possible.

Responding to Commissioner Hur regarding the response by the Mayor’s Office if the Ethics Commission submits a budget that asks for increased funding, Mr. Ababon stated that the City is legally bound to submit a balanced budget and that it considers the policy goals of all departments.

Commissioner Hur stated that the City should robustly fund the Ethics Commission and cuts could be made to other departments.

Mr. Ababon stated that every department can make a case for increased funding and that the Mayor’s Office looks at the needs of the entire City when making budget determinations.

Responding to Vice-Chair Andrews regarding the consequences for submitting a budget that did not adhere to the budget instructions, Mr. Ababon stated that the Mayor’s Office will review all budget requests considering the needs of the entire City.

Vice-Chair Andrews stated that if the Commission submits a budget asking for increased funding it should provide a strong rationale for the increase.

Mr. Ababon stated his job is to work with the Commission prior to the submission deadline to ensure that the Commission’s budget reflects its priorities.

Commissioner Keane stated that in the past it was possible for departments to negotiate budget requests with the Board of Supervisor’s Budget and Legislative Analyst and asked if that was still part of the process.

Mr. Ababon stated the Board of Supervisor’s Budget and Legislative Analyst reviews the City-wide budget submission in June and July and may make recommendations.  He stated he was not familiar with the process described by Commissioner Keane.

Vice-Chair Andrews stated he would like to see a variance column showing a year over year breakdown of what was budgeted for each line item and what was actually spent.

Chair Renne stated the Commission will consider the public’s input when drafting its budget request.

Chair Renne stated he and Executive Director Pelham will meet with the City Controller this week.

Vice-Chair Andrews stated he supports Commissioner Keane’s request and should that the Commission should submit a budget without any cuts.

III. Discussion and possible action regarding the Commission’s implementation of Proposition C, which imposes registration and reporting requirements on expenditure lobbyists.

Commissioner Hur stated he would like to see the Commission develop a bright-line rule regarding the calculation of expenditures that would apply to meeting the monetary threshold amount.

Public Comment:
Ian Lewis, representing the hotel and restaurant workers union, Local 2, stated Proposition C is ambiguous and it will be difficult to comply absent clear regulations.  He stated that, for example, it is unclear whether the monetary threshold amount contemplates a single expenditure or an aggregate of multiple expenses.  He urged the Commission to adopt bright-line regulations.

Rachel Richman, representing Local 21, stated the legislation is unclear and clarification is needed whether or not the expenditure lobbying laws would extend to activities related to contract negotiations.

Debbie Lerman, representing the Human Services Network stated the Commission should exempt non-profit organizations.  She stated the legislation may deter small non-profits from engaging in any form of advocacy.  She stated that the monetary threshold amount of $2,500 is too low and makes no allowance for inflation.  She stated regulations should clarify what constitutes a “member”, “member communication”, “member communications” and other types of things like that which may concern smaller non-profit organizations.

Sara Matland, representing the Alliance for Justice, stated that non-profits must comply with expenditure lobbyist laws in multiple jurisdictions that each define “activity” differently and require the reporting on different schedules.  She stated the current legislation will deter small non-profits from engaging in advocacy.

Jennifer Fieber, representing the San Francisco Tenants Union, stated small non-profits will require clarification on the legislation. She stated she had to contact the Secretary and State and Ethics Commission numerous times to clarify what needed to be done to comply with rules surrounding slate mailers.  She stated her organization of one and a half staff members spent about $4,000 on political consultants, lawyers and accountants which is a sizeable amount when considering the limits of its annual budget.  She stated Proposition C sounded like a boon for elite experts that will be hired to guide small organizations like hers through the process.  She asked that the Commission consider perspectives from organizations like hers that advocate on everyday issues without any financial gain.

Larry Bush stated that some non-profit organizations also file IRS forms that ask if they are spending money on lobbying activity.  He stated that San Francisco has over six thousand non-profit organizations and many are sponsored by very large corporations, or receive public funds.
Bruce Wolfe stated that there are ambiguities that need to be clarified and compliance by small non-profits could be expensive because they would need to hire experts to ensure compliance.

Peter Cohen, representing the Council of Community Housing, stated that he is concerned about unintended consequences if bright line regulations are not adopted.  He stated that the Commission did not reach out to non-profit groups prior to drafting the legislation and that the Commission should engage with non-profits when considering the regulations.

Charles Marsteller stated the Commission should remember the words “further the purposes of the act” every night when they go to sleep.  He stated this discussion is a good example of what happens when a law is repealed and then reenacted.  He stated that the sharing economy arrived after the law’s initial repeal.  He stated the City now must contend with large international players spending a lot of money to influence the City.  He stated the City is no longer a city, but a resort.

Commissioner Hur queried whether the Commission might consider exempting a non-profit based on the size of its budget.

Commissioner Hur stated the idea to exempt non-profits based on the size of an organization’s budget was not previously discussed.

DCA Shen stated the Commission might be liable legally if it attempts to change an ordinance through regulation that needed to be done through an amendment.

Vice-Chair Andrews stated he had been troubled by the lack of exemption for a non-profit.  He stated that large organizations will be able to afford professionals to ensure compliance, but small non-profits may not.  He suggested the Commission might apply the exemption only to those non-profits that assist marginalized populations.

Commissioner Keane stated that while the suggestion of Vice-Chair Andrews is laudable, it would also lead to a slippery slope that could amount to the entirety of the regulation being struck.  Commissioner Keane then illustrated this point with constitutional law principles and how the application of a law must be applied to all groups equally.  He cited a case in which an exemption to a law allowing unions to picket in residential areas but not any other group was ultimately thrown out because content-based bias is against the First Amendment.

Vice-Chair Andrews stated the Commission should then consider an exemption based on the budget of the organization or raising the monetary threshold amount.

Commissioner Hur stated that raising the threshold amount would require an amendment and could not occur through regulation.

Chair Renne stated that any regulations that are adopted would be interim regulations with the intention to address the issues later through amendment.  He urged staff to create simple registration and reporting forms in the meantime, and urged organizations to contact staff for guidance on compliance. 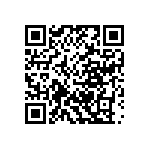 Scan the QR code with a mobile device camera to access the latest version of this document online:
https://sfethics.org/ethics/2016/01/minutes-january-5-2016.html