On June 21, 2014 the Committee qualified as a candidate controlled committee to support Juan-Antonio Carballo for District 2 Supervisor on the ballot for the November 4, 2014 election. During the period covered by the audit, Nancy Warren served as the Committee’s treasurer. The Committee terminated on December 31, 2014. 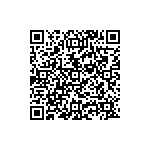 Scan the QR code with a mobile device camera to access the latest version of this document online:
https://sfethics.org/ethics/2016/02/san-francisco-ethics-commission-audit-report-carballo-for-district-2-supervisor-2014-fppc-id-1367424.html