During the past month Commission Staff have provided additional background to the Mayor’s Office regarding the Commission’s budget request, including at a brief meeting with the Mayor’s Chief of Staff and key staff from the Mayor’s budget team.  Staff also provided further detail on the Commission’s proposed E-Filing Conversion Project at a recent meeting with staff to the Committee on Information Technology, or COIT.  This project has been selected to be presented before COIT’s Budget & Performance Subcommittee on April 1, 2016.

As the 2016 election season ramps up, we will be bringing on board three individuals to provide temporary, as-needed support for our front counter and filing assistance functions beginning early April.  Together, the combination of individuals’ hours will make up two “FTEs,” or full-time-equivalents, through June 30, 2016, that we are funding with remaining FY2016 funds.

In addition, I am pleased to report that the job announcement for the Ethics Commission’s Deputy Director position will be posted this week on the City’s Employment Opportunities, or “JobAps” page, at https://www.jobaps.com/sf/.  We will also be circulating the position description broadly over the coming days.  Applications for the position will be accepted through Friday, April 22, 2016.

This month, Commission staff conducted three information sessions with departments on the process for filing Statements of Economic Interests, and the Sunshine Ordinance and Ethics training requirements.

In addition, on February 8, 2016, at the request of the Port Commission, I conducted a brief overview presentation on the Ethics Commission and its education and enforcement role in City government.  A copy of the presentation appears in Attachment 1 for your reference.

On February 10, 2016, I had the opportunity to participate in a breakfast meeting with more than a dozen political law attorneys and treasurers active in San Francisco for a conversation about the Commission’s ongoing work and current priorities.

There are currently 76 candidates filing campaign statements for this election year.  Staff have continued the practice of reaching out to candidates to inform them of upcoming filing deadlines, and following up through phone call, email and notice as necessary for any statement not filed timely, and continues to anticipate a high volume of campaign filings due to the June and November 2016 elections.  In addition, mandatory information sessions for candidates and treasures will continue next month on April 14.  A separate information session is scheduled for ballot measure committees on April 5, and another for general purpose committees on April 6.

In addition to the Commission’s random selection on March 28, 2016 of audits of committees that were active in 2015, Staff is finalizing all audit work on pre-2015 audits.  As of mid-March 2016, audit work in connection with all pre-2015 campaign audits is now complete with seven committees under final supervisory review prior to release to the committees for comment.  Audit work with respect to the four lobbyists selected from the 2014 audit cycle is under supervisory review.  In March 2016, staff commenced the audits of the two candidates who received public financing in connection with the November 2015 election.  These two candidates are not part of the 2015 cycle random audit selection because candidates who receive public financing are subject to a mandatory audit.

To date, two candidates from the 2016 ballot have been certified as eligible to receive public funds and one other has submitted documentation to qualify for public funding through the Ethics Commission’s online system.  As a reminder, under changes to City law that took effect in May 2012, candidates who qualify for the program may not receive public funding disbursements until June 20, 2016, or 142 days before the election.

Commission Staff have been assisting filing officers and filers in preparation for the April 1, Annual Statement of Economic Interests (Form 700) filings.  As of March 21, 2016, 33 percent of e-filers had filed their Annual Form 700 through the Commission’s online filing system.  Staff also provided departments with a reminder notice that April 1st is the deadline for the required annual posting and distribution of Statements of Incompatible Activities for all departments.

Contact lobbyists are required to register within five business days of qualifying, and their registration terminates annually on February 1 unless they re-register for the upcoming calendar year.  As of mid-March 2016, 164 individuals were registered with the Commission as contact lobbyists.  This represents a 32 percent increase from the number of contact lobbyists registered at this time last year.

To date for FY16, registered contact lobbyists have submitted a total of 1,408 public monthly lobbying reports online with the Commission.  The next filing deadline for lobbyist monthly disclosures is April 15, 2016.  As is Staff’s normal practice each month, reminders of the deadline were sent to each registered contact lobbyist approximately one week prior to the deadline to help promote full and timely reporting compliance.

Table 1 – Summary of Pending Formal Complaints, by Type, as of Mid-March, 2016

No new referrals to the San Francisco Bureau of Delinquent Revenues (BDR) have been made since the last Executive Director’s report.  The following chart summarizes active accounts that have been referred by the Ethics Commission.

I look forward to answering any questions you might have in connection with this Executive Director’s report at the March 28th Commission meeting. 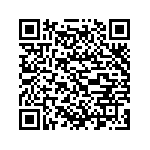 Scan the QR code with a mobile device camera to access the latest version of this document online:
https://sfethics.org/ethics/2016/03/executive-directors-report-march-28-2016.html