HomeInterested Persons ListNotice of Discussion and Possible Action on Proposed Regulations Regarding the City’s Whistleblower Protection Ordinance at the March 28, 2016 Regular Meeting of the Ethics Commission

Notice of Discussion and Possible Action on Proposed Regulations Regarding the City’s Whistleblower Protection Ordinance at the March 28, 2016 Regular Meeting of the Ethics Commission

At its next regular meeting on Monday, March 28, 2016, at 5:30 p.m. in Room 400, City Hall, the San Francisco Ethics Commission will discuss and possibly act on draft regulations to interpret terms used in the City’s Whistleblower Protection Ordinance (Campaign & Gov’t Conduct Code, Article IV, Chapter 1, § 4.100, et seq.). The proposed regulations will be available for review on the Commission web site and at the Commission office prior to the meeting. this matter appeared on the Commission’s February 29, 2016 meeting agenda as Item 5, but was continued to the Commission’s March meeting without discussion due to the lateness of the hour. The regulations are being considered by the Ethics Commission following its discussion of Item 5 at its January 25, 2016 regular meeting regarding an assessment of substantive recommendations contained in the 2014-2015 San Francisco Civil Grand Jury report entitled “San Francisco’s Whistleblower Protection Ordinance is in Need of Change.” Based on the Commission’s direction following public input and its discussion on March 28, Staff may make further changes to the proposed regulations and circulate any additional revisions for further public review and comment, and schedule further action by the Commission at a future meeting. 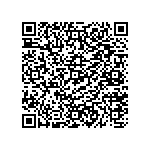 Scan the QR code with a mobile device camera to access the latest version of this document online:
https://sfethics.org/ethics/2016/03/notice-of-discussion-and-possible-action-on-proposed-regulations-regarding-the-citys-whistleblower-protection-ordinance-at-the-march-28-2016-regular-meeting-of-the-ethics-commission.html