The Committee was formed in 1999 to encourage the participation and promote the interests of the residents of San Francisco Supervisorial District 11. During the period covered by the audit, the Committee’s treasurer was Rosario Cervantes from January 2013 through April 2014 and Nadia Conrad from April 2014 to December 2014. The Committee remains active as of the date of this report.

The Commission determined that there was one material finding with respect to the audit of the Committee: the Committee failed to maintain complete campaign records for contributions totaling $5,470, or 28 percent of total contributions received, in violation of Government Code section 84104 and S.F. Campaign and Governmental Conduct Code (S.F. C&GC Code) sections 1.106 and 1.109.

Government Code section 84104 and S.F. C&GC Code section 1.109 provide that it is the duty of each candidate, treasurer and elected officer to maintain detailed accounts, records, bills and receipts that are necessary to prepare campaign statements, and to retain the documents for a period of four years following the date the appropriate campaign statement is filed. Section 84104 is incorporated into the Campaign Finance Reform Ordinance at S.F. C&GC Code section 1.106.

The Committee provided the following comments with respect to the audit finding:

She then attempted to obtain copies of the contributor checks from the Committee’s financial institution, Wells Fargo, in December 2015. She was told by her bank that Wells Fargo stores its electronic copies with the National Banking Service.

In spite of the Committee paying $315 in fees to receive these copies via facsimile, the treasurer was informed on January 9, 2016 by National Banking Service that the facsimile was unsuccessful so it opted to instead mail hard copies of the 2013 contributor checks via post. In fact, only three check copies (totaling $70) were sent via facsimile to the Ethics Commission, addressed to Ms. Conrad. To date, the Committee has yet to receive the check copies despite numerous follow-up telephone calls by the treasurer. The Committee requested a refund for the fees charged by Wells Fargo and National Banking Service since only three check copies were sent but was given a refund of only half of the $315. The treasurer has been waiting for the check copies to arrive in the mail but they have yet to arrive after over a month. 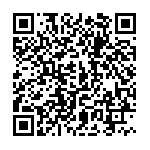 Scan the QR code with a mobile device camera to access the latest version of this document online:
https://sfethics.org/ethics/2016/03/san-francisco-ethics-commission-audit-report-district-11-democratic-club-fppc-id-991741.html