On April 18, 2012, the Committee filed a Statement of Organization indicating that it was a candidate controlled general purpose committee formed to support or oppose ballot measures in San Francisco and statewide. The Committee was controlled by Edwin Lee, Mayor of San Francisco.

During the period covered by the audit, the Committee’s treasurer was Kevin Heneghan. The Committee is active as of the date of this report. 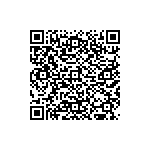 Scan the QR code with a mobile device camera to access the latest version of this document online:
https://sfethics.org/ethics/2016/03/san-francisco-ethics-commission-audit-report-mayor-ed-lee-for-san-francisco-committee-fppc-id-1347217.html