On May 6, 2016, the Ethics Commission’s E-Filing Conversion Project received the green light for full FY2017 and FY2018 funding by the City’s Committee on Information Technology, or COIT. This is a welcome and important step toward fully modernizing delivery of the Commission’s regulatory framework through effective online technology.

Next week, the Mayor is expected to announce his June 1 budget, which will include his proposed budget for the Ethics Commission for FY2017 and FY2018.  Commission Staff met with the Mayor and his budget team on May 4 to discuss the Commission’s budget requests, and we are optimistic that the budget will propose strong support for advancing the Commission’s mandate over the next two years.  We will provide additional details about the Mayor’s final budget package as soon as they become available.

The application deadline for the Commission’s Deputy Director position was Friday May 6, 2016, and more than 120 applications were received.  Each is being thoroughly reviewed to identify the most highly qualified candidates to invite to interview for the position in the coming weeks.

I am sorry to announce that Investigator Garrett Chatfield will be leaving the Ethics Commission. He has decided to take a promotional opportunity within the City to become a compliance officer with the Department of Public Health. Garrett has been with the Ethics Commission since October 2007, and we will miss his legal and investigative skills, his unflappable manner, and his good humor. His last day in the office is Friday, May 20, 2016, and we wish him all the best in his next professional chapter.

Our most recent “Ethics fyi” was distributed on May 16 to over 500 city officials, including elected officers, department heads, and members of boards and Commissions. With the June and November election season activities ramping up, this fyi provided a refresher on “Political Activities: Do’s and Don’ts.” A copy is attached to this report for reference.

First Pre-Election reports were due on April 28, 2016.  At this time a total of 99 candidates are filing campaign statements with our office for the June Primary and November General election. As of May 17, 2016, only one candidate, a candidate for the Democratic County Central Committee, had not filed a required Pre-Election campaign statement. As is our usual practice, Staff provided a courtesy reminder notice of the filing (copy attached) and has since contacted the committee to follow up on the late filing.  The next filing deadline is May 26, 2016, for the 2nd Pre-Election statement that covers the period through May 21, 2016.

In addition to ongoing audits of the public financing candidates in the 2015 election, the 11 pre-2015 audit reports of seven campaign committees and four lobbyists remain under final supervisory review and have been prioritized for completion by June 30.The internal review of audit approaches and processes that has been underway with audit staff will resume as soon as these remaining audits have been completed.

The annual deadline for Statement of Economic Interests (Form 700) was April 1.  As of May 13, 2016, 97 percent of roughly 500 e-filers had filed their Annual Form 700 through the Commission’s online filing system.  On May 2, 2016, a list of Form 700 electronic filers whose statements were outstanding at that time was provided to the Mayor’s Office.  E-filers who had not yet filed their required Form 700 as of May 10, 2016, were listed on the Form 700 Non-filers roster on the Commission’s website (at https://www.sfethics.org/ethics/2014/06/statement-of-economic-interests-sei-form-700-non-filers.html ).

As of mid-May 2016, 169 individuals were registered with the Commission as contact lobbyists.  This represents a 32 percent increase from the number of contact lobbyists registered at this time last year. Lobbyist monthly disclosures were due May 16, 2016.  As is Staff’s normal practice each month, reminders of the deadline were sent to each registered contact lobbyist approximately one week prior to the deadline to help promote full and timely reporting compliance.  Contact lobbyists are required to register within five business days of qualifying, and their registration terminates annually on February 1 unless they re-register for the upcoming calendar year.

The following chart summarizes active accounts that have been referred by the Ethics Commission.

I look forward to answering any questions you might have in connection with this Executive Director’s report at the May 23rd Commission meeting. 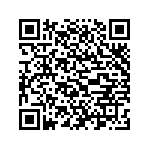 Scan the QR code with a mobile device camera to access the latest version of this document online:
https://sfethics.org/ethics/2016/05/executive-directors-report-may-23-2016.html