At its monthly public meeting on May 23rd, the San Francisco Ethics Commission unanimously approved three stipulated orders with fines totaling $7,000 in connection with a November 2014 fundraising event held by employees of the District Attorney’s Office to benefit the 2015 re-election campaign of District Attorney George Gascón.  San Francisco Campaign and Government Conduct Code Section 3.230(a) prohibits City officers and employees from knowingly, directly or indirectly, soliciting political contributions from other City officers and employees. The three stipulations resulted from an Ethics Commission investigation into the November 2014 fundraising event held at Ted’s Sports Bar & Grill:

“This law is designed to uphold the integrity of public service by ensuring that the performance of public duties, not political performance, is the basis for government employment and advancement,” said Commission Chair Paul A. Renne. “We hope this disposition will be a message to all City officers and employees about the important purpose this ban serves.”

Copies of the stipulations may be obtained at www.sfethics.org, or by contacting the Ethics Commission at 415.252.3100. 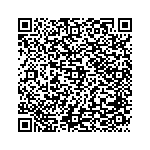 Scan the QR code with a mobile device camera to access the latest version of this document online:
https://sfethics.org/ethics/2016/05/public-announcement-of-enforcement-action-ethics-commission-fines-district-attorney-and-two-da-staff-for-soliciting-campaign-contributions-in-from-other-city-employees-at-2014-staff-fundraiser-in-vi.html