As the 2016 campaign season ramps up, many who are politically engaged or have a stake in the outcomes of this year’s elections are increasing their activities in support of issues or candidates appearing on the San Francisco ballot.

To ensure the neutrality of local government in all election-related matters and support the integrity and impartiality of governmental decision-making, state and city laws place certain restrictions on the political activities of government officials and employees. This Ethics Commission fyi offers a general refresher on key laws regarding permissible and impermissible political activities. It is designed to help all officers and employees of the City and County of San Francisco remain aware of and in compliance with these laws.

Use of City Resources

State and local law prohibit City officers and employees from using public resources — City time, facilities, equipment and supplies — for campaign activity. The misuse of public resources may be punishable by administrative, civil and criminal penalties, as well as potential discipline or removal from office.

In addition to the general restriction on the use of public resources for campaign activity, state and local law impose other specific restrictions on political activity.

May a city officer or employee contribute to a city candidate, or to a committee supporting or opposing a candidate or ballot measure?

Yes, subject to any applicable contribution limit. Contributions, however, may not be transmitted on City time, on City premises, or while in uniform.

May a city officer or employee raise funds to support or oppose a candidate or ballot measure?

Yes, but specific restrictions apply. City officers and employees may not knowingly, directly or indirectly, solicit contributions from other officers or employees of the City. No City employment lists may be used, and no political fundraising may occur on City time, while in uniform, or by using any city resources.

May a city officer or employee engage in volunteer political activity for a city candidate?

Yes, so long as those activities do not occur on City time or while in uniform, or involve the use of City property or resources. Employees should keep clear timekeeping records to fully account for their city work if any volunteer activities take place during normal work hours.

Does the ban on the use of public funds by a local agency to support or oppose a ballot measure or candidate contained in Government Code Section 54964 apply even if an agency initiated the ballot measure proposal?

Yes. While a City policy body may act to place a measure on the ballot, no public funds may be used to advocate for or against any matter when it is pending before the voters. Any information provided regarding a ballot measure must be limited to an accurate, fair, and objective presentation of the facts.

Are there specific restrictions on the individual political activities of Board or Commission members or Department heads?

Yes. State law prohibits department heads and members of appointed boards and commissions from soliciting contributions in excess of $250 from persons who are parties to, or participants in, proceedings pending before them, and from making decisions affecting a source of campaign contributions of more than $250. Note: This ban also applies when members of an elected body, such as the Board of Supervisors, are sitting as members of an appointed body. (See Govt Code § 84308).

Are there other specific restrictions related to the political activities of City contractors?

Yes. A person who contracts with the City, the San Francisco Unified School District, the Community College District, or a state agency with members appointed by the Mayor or the Board of Supervisors may not make a campaign contribution to any officer whose office, board or appointees would have to approve any such contract. Contributions to political committees controlled by the officer or to a candidate for the officer’s position are also prohibited. The ban of SFC&GC Code §1.126 applies:

The laws highlighted in this fyi are intended to provide general guidance, and the Ethics Commission encourages you to contact our office with any questions.

In addition, guidance provided by the Office of the City Attorney to Elected City officers, Board and Commission members, and Department Heads can be viewed at the City Attorney’s 2015 Political Activity by City Officers and Employees Memo, dated September 8, 2015.

For advice about how the law may apply in specific circumstances, please feel free to contact the Ethics Commission by telephone at 415.252.3100, or by email at ethics.commission@sfgov.org. We look forward to assisting you. 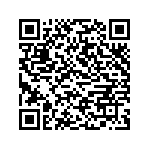 Scan the QR code with a mobile device camera to access the latest version of this document online:
https://sfethics.org/ethics/2016/05/sfethics-fyi-issue-2-political-activities-dos-donts.html