The Mayor’s budget announced today includes funding of the full budget package the Ethics Commission recommended to the Mayor in February, including the addition of four staff positions for investigative, compliance and policy work, and funding for the Commission’s new E-Filing Conversion Project. In addition, the budget includes one-time appropriation in FY17 to fund a Mayoral Senior Fellow at the Commission to create practical new online tools and resources to engage the public and promote compliance with city ethics, campaign and lobbying laws. Following announcement of the Mayor’s budget on Tuesday, Ethics Commission Chair Paul. A. Renne issued the following statement:

“The budget announced by Mayor Lee today recognizes the vital role of the Ethics Commission in advancing accountable, transparent and responsive government in San Francisco, and signifies a new and important chapter in the Commission’s work.

The Mayor’s budget proposes to fully fund all the strategic priorities the Commission identified for its work for both FY17 and FY18, including new technology and additional compliance, policy, and enforcement staff. These essential resources are critical to the Ethics Commission’s capacity to effectively fulfill the broad mandate voters have given us the responsibility to achieve, and they reflect our renewed determination to rigorously pursue that mandate with energy, focus, and independence.

We appreciate the Mayor’s recognition of and support for the Commission’s budget request, and we trust that it will be met with a similar response when it goes before the Board of Supervisors for review and approval.”

The Mayor’s budget proposes a base $3.3 million operating budget for FY17 for the Ethics Commission — a roughly 27 percent increase over the agency’s FY16 operating budget of $2.56 million — and a base of $3.49 million for FY18. It also includes allocations to the City’s Election Campaign Fund of roughly $668,000 and $2 million for FY17 and FY18, respectively. The Ethics Commission budget is scheduled to be heard by the Board of Supervisor’s Budget Committee on June 8.  An overview of the Commission’s budget package is attached.  The Mayor’s full budget proposal can be viewed at http://sfmayor.org/index.aspx?page=880.

The Ethics Commission was established by San Francisco voters in November 1993, and serves the public, City employees and officials, and local candidates through education and enforcement of ethics laws, including public information, reports and advice; campaign disclosure and economic interests filings; lobbyist and campaign consultant registration and reporting; public financing for City campaigns; audits, investigations and enforcement 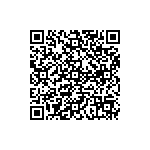 Scan the QR code with a mobile device camera to access the latest version of this document online:
https://sfethics.org/ethics/2016/05/statement-by-ethics-commission-chair-paul-a-renne-on-mayors-proposed-ethics-commission-budget-for-fy17-and-fy18.html