As required by the City’s public campaign funding program, Ethics Commission Executive Director LeeAnn Pelham today announced the first certification of a candidate in Supervisorial Districts 7 and 9 to be eligible for public financing for the November 8, 2016 election. Based on a review by Ethics Commission staff of Joel Engardio’s (District 7) and Hillary Ronen’s (District 9) Qualifying Request and supporting documentation, Joel Engardio’s and Hillary Ronen’s campaigns will now be eligible to receive $20,000 in public funds from the San Francisco Election Campaign Fund.

“The Election Campaign Fund is designed to encourage candidate engagement with local voters on issues that are important to them,” Pelham said. “Candidates certified for eligibility under the program’s requirements are one step closer to receiving the benefit of public funding for their 2016 campaigns.”

To qualify for public campaign funding, non-incumbent candidates for the Board of Supervisors are required to demonstrate that they have received qualifying contributions ranging from $10 to $100 totaling $10,000 from at least 100 residents of the City. Once the Ethics Commission certifies a candidate’s eligibility, various reporting requirements are triggered for all candidates in that race. To receive public funding, Supervisorial candidates must also agree to abide by a $250,000 campaign expenditure ceiling. They may qualify to receive up to $155,000 in public funds for their campaign depending on the amount of matching contributions they raise. Under the law, only contributions raised from San Francisco residents are eligible to be matched.  The Election Campaign Fund is funded through the City’s General Fund with an annual appropriation based on the number of city residents, up to a maximum Fund level of $7 million.

The Ethics Commission was established by San Francisco voters in November 1993, and serves the public, City employees and officials, and local candidates through education and enforcement of ethics laws, including public information, reports and advice; campaign disclosure and economic interests filings; lobbyist and campaign consultant registration and reporting; public financing for City campaigns; audits, investigations and enforcement. 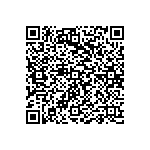 Scan the QR code with a mobile device camera to access the latest version of this document online:
https://sfethics.org/ethics/2016/06/ethics-commission-certifies-first-public-funds-eligibility-of-a-candidate-in-districts-7-and-9-supervisorial-races.html