On Tuesday, July 19, 2016, the full Board of Supervisors heard and passed on first reading the proposed consolidated budget (Board File No. 160628) and proposed annual salary ordinance (Board file No. 160629) for fiscal years ending June 30 2017 and June 30, 2018, as recommended by the Board’s Budget and Finance Committee.  With new staffing part of the  FY17 budget, we are working to complete all steps required to initiate the posting and recruitment processes for the following positions: two Investigator positions, two new policy positions, and one information technology position.  Based on formulas built in to the City’s budgeting process, the newly authorized positions are funded with the assumption that the hiring process will take roughly three months to complete.

The recruitment process by FUSECorps for this year’s Mayoral Senior Fellows is now underway, including for the position that will be funded at the Commission beginning in October to create new online tools and compliance resources.  We will keep you posted as further news becomes available.

On July 14, the Rules Committee considered the proposal by Supervisor Peskin and endorsed by the Ethics Commission at its June meeting to prohibit candidate controlled General Purpose Committees (Board File no. 160669). The Committee forwarded it with a unanimous vote for a hearing by the full Board on July 19. On July 19, the Board approved the proposed amendment to the City’s Campaign and Governmental Conduct Code on a first reading. The Board is expected to have second reading next week. Assuming it is passed at that time, the Mayor will have ten days to sign, and if he does the ordinance would then go into effect 30 days later.

For reference, the Annual Policy Plan adopted by the Commission at its June meeting is at Attachment 1.

Of the 13 training sessions on campaign finance rules staff have scheduled to take place this calendar year 2016 for the November 8, 2016 election, four remaining sessions will take place in August, with one for ballot measure committees, one for general purpose committees and two for candidate committees.

At this time, 103 candidates have filing obligations with our office in connection with the June Primary and November General elections. The Commission has also seen a record number of campaign filings (both paper and electronic) this calendar year. Through July 20, our offices had received over 2,100 campaign filings.

Based on disclosure reports filed by campaign committees, staff has published the June and November election financial summaries on the Commission’s Campaign Finance Dashboards webpage:
https://www.sfethics.org/ethics/2016/06/campaign-finance-dashboards-june-7-2016-and-november-8-2016-elections.html.

These dashboards, for example, depict the estimated $1.3 million in contributions and $1.3 million in expenditures by candidates in the June Democratic County Central Committee 17th and 19th Assembly Districts races.  The next campaign statement filing deadline is August 1, 2016, for the 1st Semi-Annual statement that covers the period through June 30, 2016.  Staff will continue to update the dashboards as further reports come in.

As of July 19, 2016, nine Supervisorial candidates running for office in the November 8, 2016 election have submitted Qualifying Requests for the public financing program.  All nine candidates have been certified as eligible to receive public funds.  Staff is also reviewing Matching Requests submitted by the candidates who have been certified as eligible for public funds.  At this point in the 2016 election cycle, participation in the public financing program shows representation from five supervisorial districts, with candidates having qualified to receive over $620,000 in public funds disbursements, to date.

Since my last report, staff has completed its audit work on three additional audits. Two of these three are mandatory audits of candidates who received public financing in connection with their 2015 campaigns.  With audit work on these two audits now completed, nine audits (five campaign audits from prior to 2015, and four lobbyist audits), remain to be completed.  As noted in my June report, the uptick in required reviews of all qualifying submissions and matching funds requests by candidates in the 2016 election continues to impact the pace of finalizing the remaining audits.

Ethics Commission staff continue to be available to assist individual Filing Officers and departments with their Form 700 and other filing obligations with the Commission. In addition, notices of the state’s required biennial Conflict of Interests Code review process have been circulated by the Clerk of the Board. To assist in that process this year, our office will be working closely with the City Attorney’s Office and providing supported reviews for selected departments.

As of July 20, 2016, 165 individuals were registered with the Commission as contact lobbyists.  This represents a 23 percent increase from the number of contact lobbyists registered at this time last year.  Lobbyist monthly disclosure filings were due June 15, 2016; 92 percent of the filings were on time.  As is staff’s normal practice each month, reminders of the deadline were sent to each registered contact lobbyist approximately two days prior to the deadline to help promote full and timely reporting compliance, and non-filers have received additional contact and been reminded to file.  One entity has registered with the Expenditure Lobbyist Program, and submitted an initial monthly lobbyist report on July 14, 2016.  A table showing expenditure lobbyist registration and disclosure filings appears on the Commission’s website under the “Research” tab at https://www.sfethics.org/ethics/2009/05/lobbyists .

The following chart summarizes the stats of active accounts that have been referred by the Ethics Commission to the City’s Bureau of Delinquent Revenues:

I look forward to answering any questions you might have in connection with this Executive Director’s report at the upcoming Commission meeting. 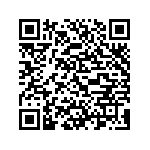 Scan the QR code with a mobile device camera to access the latest version of this document online:
https://sfethics.org/ethics/2016/07/executive-directors-report-july-25-2016-html.html