This Audit Report summarizes the audit results of the committee, Aaron Peskin for Supervisor 2015, Identification Number 1376394 (“the Committee”), from January 1, 2015 through December 31, 2015. The audit was conducted pursuant to the Commission’s random audit program to determine whether the Committee materially complied with the requirements of the Political Reform Act (“the Act”) (California Government Code section 81000, et seq.) and San Francisco’s Campaign Finance Reform Ordinance (“CFRO”) (San Francisco Campaign and Governmental Conduct Code section 1.100, et seq). Section 1.150(a) of the CFRO requires the Commission to audit all candidates who receive public financing.

The Committee was formed in March 2015 to support the election of Aaron Peskin for Supervisor in District 3 in the November 3, 2015 general election. During the period covered by the audit, the Committee’s Treasurer was Stacy Owens of the Henry Levy Group. At the time of this report, the Committee remains active.

For the period covered by the audit, the Committee received $431,637 in monetary contributions, $516 in non-monetary contributions and $155,000 in public funds and incurred $590,050 in expenditures. The CFRO provides that any candidate who receives public funds must return unexpended campaign funds to the Election Campaign Fund. The Committee does not have any unexpended funds. 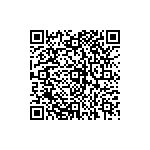 Scan the QR code with a mobile device camera to access the latest version of this document online:
https://sfethics.org/ethics/2016/07/san-francisco-ethics-commission-audit-report-aaron-peskin-for-supervisor-2015-committee-fppc-id-1376394.html