The Committee was formed in February 2015 to support the election of Julie Christensen for Supervisor in District 3 in the November 3, 2015 general election. During the period covered by the audit, the Committee’s Treasurer was Kevin Heneghan. The Committee terminated in January 2016.

For the period covered by the audit, the Committee received $317,062 in monetary contributions, $4,198 in non-monetary contributions and $152,500 in public funds and incurred $462,696 in expenditures. CFRO provides that any candidate who receives public funds must return unexpended campaign funds to the Election Campaign Fund. The Committee has unexpended funds in the amount of $4,717.94 which it will be returning to the City.

The Commission determined that there were no findings with respect to the audit of the Committee. The Committee substantially complied with the disclosure and record-keeping provisions of the Act and CFRO. 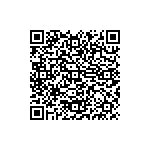 Scan the QR code with a mobile device camera to access the latest version of this document online:
https://sfethics.org/ethics/2016/09/san-francisco-ethics-commission-audit-report-julie-christensen-for-supervisor-2015-committee-fppc-id-1374912.html