This report provides various operational and programmatic highlights from the Commission’s office since the last Commission meeting.

No action is required. This item is for informational purposes only.

I am sorry to announce that Catherine Argumedo’s last day with the City was November 10. Catherine had an opportunity to return to the private practice of immigration law and decided it was an opportunity she did not want to pass up.   Catherine started with the Commission in October 2007. As one of our Investigator/Legal Analysts, she played a key role in providing fair, objective and thoughtful treatment of complaints received. Her patience, skill and professionalism made a significant contribution to the Commission’s work, and we wish Catherine all the best in her new professional chapter.

On behalf of everyone at the Ethics Commission I also want to thank Frances McEvoy and Jack Cannice for their work during the 2016 election season. Frances and Jack were hired as temporary Staff Assistants earlier this year and their as-needed work with us will come to a close in early December. They both have proven to be quick studies and have done a terrific job very ably assisting the public during a busy election cycle. By sharing with us their wry wit, keen insights, and good cheer, Frances and Jack have also made a lasting imprint at our office and we wish them well.

We continue to make steady progress on the hiring front. Recruitments for the Senior Policy Analyst, Education and Compliance Assistant, and Senior Clerk are now closed and the applicant review and selection process is underway.  Applications for four other positions are now being accepted, which includes the investigator vacancy created by Catherine Argumedo’s recent resignation: three Investigator/Legal Analysts (Job classification 1823, which are subject to civil service), and one Information Systems Business Analyst (Job class 1052, which is exempt from civil service).

Individuals interested these positions can learn more and apply online at the City’s job opportunities page at the Department of Human Resources website: https://www.jobaps.com/SF/?Keyword=&Loc=&DeptNumber=ETH&OccList=&JobType=&KeywordFullText=0#SearchForm.

Additionally, three other positions remain to be finalized for posting:  one new Policy Analyst (1822); one new Investigative Analyst (1822); and one vacant Auditor position (1822).  As these positions are placed in recruitment on the City’s JobAps site, we will also continue our practice of announcing the positions broadly through social media and through the national association of ethics agencies, the Council on Governmental Ethics Laws (COGEL).

An updated copy of the Commission’s Annual Policy Plan appears as Attachment 1 to this report. A continued priority focus on filling all vacant staff positions has resulted in several policy-related items being pushed back into the new year, including a proposed summit on campaign finance issues.  Completion of our post-election matching funds program report will continue to be among our key priorities, however. Reviewing and reporting on that program is a critical first step in our more comprehensive assessment of the City’s current framework of campaign finance regulation, and we will make every effort to bring that analysis forward as planned.

Evaluation of the Commission’s Records Management Policy was delayed this month with the need to re-prioritize immediate work due to the recent unanticipated staff vacancy in the Enforcement and Legal Affairs division. Our adjusted plan is to bring proposed changes based on leading practices to the Commission for its consideration after the new year.

You will recall that under the Records Retention and Destruction Ordinance (“RRDO”), which is set forth in Chapter 8 of the City’s Administrative Code, each department head must classify the department’s records, using the classification system set forth in section 8.4 of the Administrative Code, and prepare a schedule for the systematic retention and destruction of those records in accordance with RRDO. RRDO §§ 8.3, 8.4. The Ethics Commission adopted its Records Management Policy on November 3, 2003. The Policy has not been updated since that date, so it does not include retention or destruction classifications for several categories of electronically-stored records, such as emails, appointment calendars, and electronically-filed campaign statements.  Any proposed changes must be approved by the Controller, City Attorney, and Retirement Board. See RRDO § 8.3. The Commissions’ current Records Management Policy is available at https://www.sfethics.org/ethics/2009/05/records-management-policy.html.

Since introduction of the Commission’s proposed Whistleblower Protection Ordinance amendments by President of the Board of Supervisors London Breed in June (Board of Supervisors File No. 160689), staff from the Department of Human Resources, the Controller’s Office (which administers the Whistleblower complaint program) and our office have met to discuss in depth the proposed amendments and their implementation.  We anticipate that the Board will take up the Ordinance in early December.

For the November 8, 2016 election, 12 candidates from five supervisorial districts qualified to receive public funds.  To qualify, each candidate was required to demonstrate that raising at least $10,000 (or $15,000 for an incumbent candidate) in amounts ranging from $10 to $100 from at least 100 City residents (or 150 for an incumbent candidate).  As part of this process, Commission auditors evaluated 71 requests from candidates and certified the 12 participating candidates to receive approximately $1,500,000 in public funds for their campaigns – an average of $125,000 per qualified candidate.  Those disbursements were based on auditors’ reviews of over 5,000 eligible contributions to candidates to verify that the contributions exist and that they were made by individuals who reside in the City.  City law allows candidates to continue to submit requests for public funds through December 8.  All participating candidates will be audited by the Commission.

Over the past month our office has had several opportunities to participate in discussions and panels to highlight the Commission’s role in City government and our current work. On October 22, I was a lunchtime speaker on government ethics for roughly 80 University of San Francisco Master of Public Policy program students as part of their weekend degree program.  The next day I participated in a seminar discussion on local government ethics with students at Presidio University’s MBA and MPA program. On October 24th SF Chronicle reporter Heather Knight and I addressed money and politics in San Francisco at a lunch panel hosted by the San Francisco office of SPUR.  On November 2, I participated in a Leadership Development Forum roundtable with management employees sponsored by the City’s Management Employee Association.  Earlier that day, several other local ethics agency directors and I participated via Skype in a Philadelphia City Council committee to discuss public financing programs in our respective jurisdictions.

Table 1 shows the revenues received by the Commission during the fiscal year that began on July 1, 2016.

I look forward to answering any questions you might have about this Executive Director’s report at the upcoming Commission meeting. 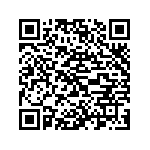 Scan the QR code with a mobile device camera to access the latest version of this document online:
https://sfethics.org/ethics/2016/11/executive-directors-report-november-28-2016.html