In its first enforcement actions stemming from the November 2016 election, the San Francisco Ethics Commission has fined two committees for failing to provide full disclaimers as required by City law on campaign literature they distributed in support of candidates running for the Board of Supervisors in District 11. In two separate matters settled in connection with the Commission’s November 28, 2016, regular meeting, the Commission fined the San Franciscans for a City That Works committee $7,500, and the Kimberly Alvarenga for Supervisor 2016 committee $500 for their advertisement disclaimer violations.

San Franciscans for a City That Works agreed to pay $7,500 for five violations of section 1.161 of the City’s Campaign Finance Reform Ordinance (“CFRO”) and one violation of CFRO section 1.162. Detailed in a Stipulation, Decision, and Order with the Ethics Commission, that committee failed to inform the public that its “Financial disclosures are available at sfethics.org” on five advertisements or mass mailings distributed during the months leading up to the November 2016 election. In addition, the committee failed to affirmatively disclose that it had provided financial backing for a telephone survey conducted on September 27, 2016, to support District 11 Supervisorial candidate Ahsha Safai.

In a separate Stipulation, Decision, and Order, Kimberly Alvarenga for Supervisor 2016 agreed to pay $500 for one violation of CFRO section 1.161 due to that committee’s failure to inform the public on one of its campaign advertisements on behalf of District 11 candidate Alvarenga that its “Financial disclosures are available at sfethics.org.”

To help provide transparency about campaign fundraising and spending in City races, since 2015 City law has required notice on campaign ads that campaign disclosures are available on the Ethics Commission’s website, sfethics.org.  On the Commission’s website, the public can research campaign statements, which reveal who funds campaigns and how campaigns spend their money. In addition, overviews and real-time analyses of campaign data disclosed by committees are available via campaign dashboards that help visualize campaign data for easy reference.

Copies of the two stipulations can be obtained on the Ethics Commission’s website at sfethics.org or by contacting the Commission at (415) 252-3100.

The Ethics Commission, established in November 1993, serves the public, City employees and officials and candidates for public office through education and enforcement of ethics laws, including the assessment of fines through its administrative enforcement authority. Its duties include: filing and auditing of campaign finance disclosure statements, lobbyist and campaign consultant registration and regulation, administration of the public financing program, whistleblower program, conflict of interest reporting, investigations and enforcement, education and training, advice giving and statistical reporting. We invite you to follow our work at www.sfethics.org. 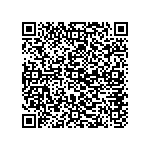 Scan the QR code with a mobile device camera to access the latest version of this document online:
https://sfethics.org/ethics/2016/11/press-release-public-announcement-of-enforcement-action-ethics-commission-fines-two-committees-for-campaign-ad-disclaimer-violations-in-november-elections.html