We are happy to welcome Jacqueline Hickey to the Ethics Commission staff as our new Senior Clerk. Jackie started on December 12. She joins the Education and Compliance team in helping the public navigate their information needs with responsibility to staff our public counter and phone lines, in addition to other programmatic duties. Jackie has a background in customer service in the airline and financial services industries. She holds a BA in English Lit from the University of San Francisco.

I am also happy to share news that Johnny Hosey assumed the role of Education and Compliance Assistant effective December 7, 2016. This position was newly created in the current year budget by consolidating two prior more junior level positions to deepen the level of compliance guidance and management assistance provided by our Education and Compliance Division, and more than 30 applications were received from the recruitment posting. Johnny has been a special projects Campaign Finance Assistant with the Commission since May 2012, where the Commission and filers have benefited from his patient guidance, energy and commitment to quality public service. His prior public sector experience includes work as a Public Service Trainee with the SF Department of Health and as an intern during his undergraduate years in the office of Supervisor Jane Kim. Johnny is a graduate of SF State University with a BA in Speech and Organizational Communication.

On a related note, with the exempt Special Projects Assistant newly vacant due to Johnny Hosey’s promotion, Frances McEvoy will be assuming duties of that limited term Special Projects Assistant in the Education & Compliance Division beginning January 23, 2017. Frances has served over the past year or so as one of our temporary Staff Assistants, with her most recent tour of duty ending December 2. Frances will assume these duties for several months on a full-time basis through the spring. In addition, Jack Cannice has agreed to stay on in a temporary role as Staff Assistant through late January. Jack has been serving in that as-needed capacity to support our busy front office during the 2016 election, and we are pleased to have the benefit of his contribution for another month more.

Recruiting and bringing onboard staff for the eight positions shown in Table 1 below continues to be a top priority. Toward that end, we have arranged through a work order with the Department of Human Resources (DHR) Client Services Consulting division for a Senior Personnel Analyst from DHR to be dedicated full-time over the next six months to support our hiring processes beginning December 19.

On December 8, 2016, the Mayor held a meeting with departments heads to issue his instructions regarding departmental budget submissions for Fiscal Years 17-18 and 18-19. The Mayor addressed his post-election re-balancing plan, five-year projection assumptions, and budget instructions that require departments to propose reductions to expenses that amount to a three percent reduction in costs in each fiscal year. You will recall that as requested by the Mayor’s budget office, in February 2016 we submitted a two-year budget that included FY17-18.

The Ethics Commission’s current base operating budget is roughly $3.3 million. For FY 17-18, our base operating budget is roughly $3.49 million. Preliminary figures provided by the Mayor’s budget office indicate that a three percent reduction would translate roughly to a $103,000 cut in FY17-18, and a cut of $206,000 in FY18-19. If required, these cuts would equate to the elimination of two Ethics Commission staff positions from the 22 that we just secured authority and funding for in the FY17 adopted budget.

Because our department is not on a fixed two-year budget cycle, however, this year we must submit a budget again for FY17-18 no later than February 21, 2017. With the Ethics Commission’s February regular meeting not until February 27, 2017, we anticipate placing the budget item on the January 23, 2017 regular meeting agenda for discussion and possible action.

A copy of the Commission’s Annual Policy Plan updated for the month of December appears at Attachment 1.

As noted in my report to the Ethics Commission last month, since introduction of the Commission’s proposed Whistleblower Protection Ordinance amendments by President of the Board of Supervisors London Breed in June (Board of Supervisors File No. 160689), staff from the Department of Human Resources, the Controller’s Office (which administers the Whistleblower complaint program) and our office have met to discuss in depth the proposed amendments and their implementation. Over the past month those discussions have continued and action by the Board of Supervisors is now likely in January.

On December 13, the Board of Supervisors passed Supervisor Peskin’s proposed ordinance regarding behested payments reporting by members of City boards and commissions on first read. The ordinance will require an additional read by the Board, which we understand will occur at the Board’s next meeting on January 10, 2017. The ordinance has an effective date of January 1, 2018.

Since brought to Commission last summer for comment, the ordinance was subsequently amended by Supervisor Peskin. As revised, the ordinance reflects changes that had been encouraged by the Commission in comments it transmitted in July to the Supervisor’s office (see Attachment 2). For example, the reporting requirement now establishes a nexus based on the commissioner’s official duties. It does so by identifying limited types of proceedings before commissions that would give rise to the commissioner’s disclosure requirement from parties to those types of proceedings. It also establishes time periods during which a behested payment would need to be disclosed.

Separately, it also expanded the original definition of payments subject to disclosure to include donations to organizations exempt from taxation under either 501c3 or 527c of the Internal Revenue Code.

Absent from the ordinance, however, is funding to allow for the creation of an online filing process for commissioner behested payments reports. In its July transmittal the Ethics Commission stated the following:

“Absent a sufficient appropriation to enable the building of an electronic filing system that enables effective compliance by filers and effective disclosure for the public for commissioner behested donation reports, the Ethics Commission would not recommend adoption of the proposed Ordinance at this time.”

During Committee deliberations, Supervisor Peskin stated that it would be his intent to include funding in the coming year’s budget to accomplish that purpose.

The last day for publicly funded candidates to submit matching funds requests for the 2016 election was December 8. Overall, the 12 candidates who qualified to receive public funds for their campaigns qualified for a total of $1,521,920. As required by the Campaign Finance Reform Ordinance, the Commission will conduct mandatory audits of these 12 publicly funded candidates when it begins its audits for the next cycle.

Deputy Director Jessica Blome and I attended the 38th Annual Conference of the Council on Governmental Ethics Laws (COGEL) in New Orleans from December 11 to 14. COGEL is the international organization of government ethics administrators from federal, state, provincial and local agencies focused on governmental ethics, freedom of information, elections, lobbying, and campaign finance. We both found the conference educational and inspiring, and we both came away with a variety of new ideas for enforcement policy, investigations protocol, technological solutions, and compliance and education programs that we are eager to share and develop with all Commission staff.

Conference sessions kicked off on Sunday afternoon with concurrent panel presentations about local agency priorities and policy and predicting future campaign finance cases. We learned that plaintiffs have already challenged South Dakota’s popular ballot measure that would have implemented a public financing program in that state and that Missouri imposed contribution limits on candidates running for state office by voter referendum in November.

On Monday morning, we listened to Matea Gold of the Washington Post discuss her ongoing coverage of “the New Gilded Age of Politics” and then attended panel discussions about the importance of record retention obligations for government-run social media accounts. In addition to Ms. Gold, COGEL brought in Nick Penniman, Executive Director of Issue One, and Wendell Potter, journalist and New York Times bestselling author, to discuss their new book Nation on the Take: How Big Money Corrupts Our Democracy & What We Can Do About It. Penniman and Potter ask whether the vast millions of Americans are content to let 100,000 high donors in politics prevent a “reclaiming [of] our democracy and unifying our country.” They proposed bipartisan approaches linking ethics rules and lobbying limits, as well as regulatory support for small donors, as potential solutions. On Monday afternoon, we learned how other government agencies are using technology to improve transparency, how grassroots lobbying is being regulated in New York and California, and how former Members of Congress experienced the impact of fundraising in a session on “The Corrupting Influence of Dialing for Dollars.”

Between sessions, we were able to network with peers from agencies around the country, and we found most all conversations turning quickly to ways we all can improve government to better engage and represent all people in our democracy.

Jessica and I both valued the opportunity to be at this year’s COGEL conference, to both learn and share highlights of the Ethics Commission’s work here in San Francisco. We look forward to answering any questions you might have about this year’s conference. 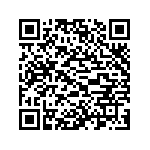 Scan the QR code with a mobile device camera to access the latest version of this document online:
https://sfethics.org/ethics/2016/12/executive-directors-report-december-19-2016.html