At its special meeting on December 19, 2016, the San Francisco Ethics Commission (with Commissioner Chiu absent and excused) discussed the following matters and took the following actions: 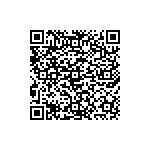 Scan the QR code with a mobile device camera to access the latest version of this document online:
https://sfethics.org/ethics/2016/12/meeting-summary-summary-of-actions-taken-and-matters-discussed-at-ethics-commissions-december-19-2016-meeting.html