Press Release – Ethics Commission Fines Committee for Unlawful Use of Campaign Funds, and Issues Warning Letters to Department of Public Health and Sunshine Ordinance Task Force for Failure to Comply with Sunshine Ordinance

At its last meeting of the year on December 19, 2016, the Ethics Commission issued two separate enforcement orders pursuant to its oversight authority under City law.

In a Stipulation, Decision, and Order with 2015 Mayoral candidate Stuart Shuffman, the Commission assessed a $2,552 administrative penalty against Shuffman and his political committee “Stuart Shuffman for Mayor 2015” for one violation of the San Francisco Campaign Finance Reform Ordinance, or “CFRO.” During his run for mayor, Schuffman’s candidate-controlled committee acknowledged paying $1,276 to produce a video advertisement that supported San Francisco’s Measure F, which also appeared on the November 2015 ballot. CFRO Section 1.122(b)(1) bans candidates from using funds raised on behalf of their candidacy for any other purpose. The Commission assessed penalties against Mr. Shuffman for two times the amount of campaign funds he unlawfully used to pay for the video advertisement in support of Measure F.

“Voters expect accountability in the way candidates use money they raise for city elective office,” Ethics Commission Executive Director LeeAnn Pelham said. “The Ethics Commission has a voter mandate to enforce the laws to ensure those expectations are met.”

A copy of the Stipulation, Decision, & Order with Mr. Shuffman as well as Staff’s Report and Recommendation regarding the underlying violations of the Sunshine Ordinance can be obtained on the Ethics Commission’s website at sfethics.org or by contacting the Commission at (415) 252-3100. 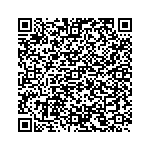 Scan the QR code with a mobile device camera to access the latest version of this document online:
https://sfethics.org/ethics/2016/12/press-release-ethics-commission-fines-committee-for-unlawful-use-of-campaign-funds-and-issues-warning-letters-to-department-of-public-health-and-sunshine-ordinance-task-force-for-failure-to-comply.html