On December 8, 2016, the Mayor met with departments heads to issue his budget instructions for Fiscal Years 17-18 and 18-19. His budget instructions included that departments propose reductions to expenses that amount to a three percent reduction in their costs in each fiscal year. Preliminary figures provided by the Mayor’s budget office indicate that a three percent reduction for the Ethics Commission would translate roughly to a $103,000 cut in FY17-18, and a cut of $206,000 in FY18-19. If required, these cuts would equate to the elimination of two Ethics Commission staff positions from the department’s staff of 22. Four positions were secured just in FY17 as the Commission began to rightsize the organization starting with the FY16-17 adopted budget.

Table 1 below provides an update on the status of the Commission’s eight staff vacancies.

As noted in the December Executive Director report, staff from the Department of Human Resources (DHR), Controller’s Office (which administers the Whistleblower complaint program) and our office have met over the past several months to discuss in depth the Ethics Commission’s proposed Whistleblower Protection Ordinance amendments introduced last June by Board of Supervisors President London Breed. Those discussions have had a focus on ensuring strong Whistleblower retaliation protections that support an effective Whistleblower reporting program and that can be most effectively implemented. As a result of these discussions, several proposed amendments have been suggested, including the mandatory training of new employees and individuals in city government that supervise other employees on how to handle complaints that allege whistleblower retaliation. The Controller’s Office will continue to publicize and conduct training programs about the Whistleblower protections afforded to all employees. At the request of Supervisor Breed, the proposal will be referred by DHR for a meet and confer discussion with represented employee organizations before the Ordinance is scheduled for final action by the Board of Supervisors.

On January 10, 2017, the Board of Supervisors voted 11-0 to approve Supervisor Peskin’s proposed ordinance to require behested payments reporting by City board and commission members (“commissioners”). The ordinance has been forwarded to the Mayor for his signature. As approved, the ordinance becomes operative on January 1, 2018, and requires commissioners who are required to file a Statement of Economic Interest (Form 700) to disclose if they directly or indirectly request or solicit charitable contributions of $1,000 from parties or participants (or their agents) while certain matters are pending before that commissioner’s board. The disclosure requirement applies to both monetary and non-monetary contributions to a government agency, educational institution, and both 501c and Section 527 tax-exempt organizations. A copy of the approved ordinance appears at Attachment 1.

The ordinance requires the Ethics Commission to make all reports available on its website. The ordinance permits the Commission, by regulation, to require electronic filing for commissioner behested payment reports. No funding necessary to accomplish a process for web postings, however, was provided in the ordinance. Supervisor Peskin stated during Committee deliberations that it would be his intent to include funding in the coming year’s budget to accomplish that purpose. To enable the Commission to effectively implement this new transparency requirement, the Commission’s budget request for FY18 will include a line item to fund development of a new online filing requirement.

On January 10, 2017, the Board of Supervisors referred to the Ethics Commission for its review and comment a proposal introduced in November by Supervisor Farrell to require additional disclosures for campaign contributions from business entities to San Francisco political committees. The proposed disclosures would amend the City’s Campaign Finance Ordinance, Campaign & Governmental Conduct Code (C&GCC) Chapter 1. C&GCC Section 1.103 provides that the Board of Supervisors may amend Chapter 1 if the Ethics Commission approves the proposed amendment in advance by at least a 4/5 vote of all its members.

As proposed, the ordinance would require local campaign committees to disclose to the Ethics Commission additional information for every contribution received from a limited liability company, S corporation or partnership, including:

Committees would be required to provide this at the same time that they are required to file campaign statements with the Ethics Commission. The ordinance provides that the Ethics Commission may, through regulation, specify the form and manner in which committees must submit this information. No funding necessary to develop or administer the new filing process, however, was provided in the ordinance.

Were these requirements to be adopted, additional funding in the Commission’s budget would be required to develop an online process for the new public disclosure requirements.

The ordinance proposes an operative date of January 1, 2018. It has been assigned to the Rules Committee. A copy of the proposed ordinance appears at Attachment 2.

The proposed disclosures would amend the City’s Campaign Finance Ordinance, Campaign & Governmental Conduct Code (C&GCC) Chapter 1. C&GCC Section 1.103 provides that the Board of Supervisors may amend Chapter 1 if the Ethics Commission approves the proposed amendment in advance by at least a 4/5 vote of all its members. The item was referred to Rules Committee. The proposed ordinance appears at Attachment 3.

On Friday, January 20, Staff will participate in an Interested Persons Meeting with the California Fair Political Practices Commission (FPPC) teleconference to provide input regarding the FPPC’s proposed Regulation 18216.5, Controlled Committee. Section 82016 of the Political Reform Act describes two ways in which a committee may become a controlled committee: 1) where a candidate, his or her agent, or his or her controlled committee acts jointly with the committee in connection with the making of expenditures; and 2) where a candidate, his or her agent, or any other committee he or she controls, has a significant influence on the actions or decisions of the committee. The FPPC states that it is codifying advice it has issued in the past interpreting the term “significant influence” by providing a definition in the new regulation. A copy of the proposed regulation appears at Attachment 4.

The Commission’s Annual Policy Plan updated for the month of January appears at Attachment 5. The chart indicates items for which the initial scheduling has been adjusted due to new or competing priorities and staff resource constraints.

Section 1.150(a) of the City’s Campaign and Governmental Conduct Code provides the following:

“The Ethics Commission shall audit all candidate committees whose candidates have received public financing under this Chapter. Audits of candidate committees conducted under this Subsection shall begin within 60 days after the date the candidate committees’ first post-election campaign disclosure report is required to be filed pursuant to Section 1.106 of this Chapter. In his or her discretion, the Executive Director may initiate additional targeted or randomly selected audits of any committee, irrespective of whether the committee received any public funds. At the request of the Executive Director, the Controller shall assist in conducting these audits.”

Auditors from the Controller’s office previously assisted with Ethics Commission audits from the 2011 and 2012 elections. In that election cycle, the Controller’s Office conducted audits for 12 committees of publicly financed candidates and one ballot measure committee. Those 13 committees raised roughly $2.9 million in contributions, spent roughly $5 million, and received approximately $2.2 million in public funds. In the 2016 election, 12 publicly financed candidates must be audited. Together, those candidates’ committees raised roughly $1.5 in contributions, spent roughly $2.2 million, and qualified to receive approximately $1.5 in public funds for their campaigns.

In recent practice, the Ethics Commission has conducted a random selection process to determine other additional audits at its meeting by March of the year following an election. As the launch of a new audit cycle approaches this calendar year, Staff have been reviewing audit selection criteria and identifying additional objective ways to broaden the scope of targeted or randomly selected audits authorized under Sec. 1.150(a). We plan to report on those new approaches at the Commission’s February meeting.

Memorandum of Understanding with the Oakland Public Ethics Commission

Staff worked with the Oakland Public Ethics Commission (PEC) to develop and enter a Memorandum of Understanding (MOU) between the agencies for sharing resources when necessary and appropriate. The MOU is being reviewed by the City Attorney’s Office now and will be signed in advance of the January meeting when Oakland PEC Enforcement Director Milad Dalju will present Staff’s position during the Hearing on the Merits scheduled before the San Francisco Ethics Commission. The MOU appears at Attachment 6. 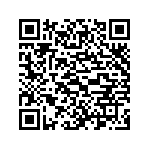 Scan the QR code with a mobile device camera to access the latest version of this document online:
https://sfethics.org/ethics/2017/01/executive-directors-report-january-23-2017.html