This Audit Report summarizes the audit results of the committee, UNITE HERE Local 2 PAC, Identification Number 1243324 (“the Committee”), for the period from January 1, 2014 through December 31, 2015. The audit was conducted to determine whether the Committee materially complied with the requirements of the Political Reform Act (“the Act”) (California Government Code section 81000, et seq.) and San Francisco’s Campaign Finance Reform Ordinance (“CFRO”) (San Francisco Campaign and Governmental Conduct Code section 1.100, et seq). The Committee was selected for random audit from the 2015 audit cycle.

The Committee qualified as a committee on January 1, 1990 to conduct political activities for its sponsor, Unite Here Local 2. For the period covered by the audit, Lamoin Warlein-Jaen served as the treasurer and Ian Lewis served as assistant treasurer. At the time this report was issued, the treasurer was Tina Chen and Ian Lewis was the assistant treasurer. Also, the Committee had not terminated as of the date of this report.

For the period covered by the audit, the Committee received $406,446 in contributions (including non-monetary contributions of $32,898) and incurred $374,273 in campaign expenditures.

The Commission determined that there was one finding with respect to the audit of the Committee: 1) the Committee failed to file FPPC Form 497 Late Contribution Report (FPPC Form 497) for two late contributions it made totaling $9,100 of the $144,490 required to be reported on FPPC Form 497, or 6 percent, in violation of Government Code sections 82036 and 84203.

The Committee provided the following comment in response to the audit finding:

“We have reviewed the draft audit report and do not dispute the preliminary finding. The two contributions were reported later on Form 460 but due to an oversight we failed to report them within 24 hours on Form 497. This was entirely inadvertent. These contributions represent a very small portion of the contributions we have made—which were otherwise found to have been correctly reported—and we have always attempted to fully comply with all provisions of the Political Reform Act and Campaign Finance Reform Ordinance. Unfortunately, we did not do so in this case, but we will do our best to make sure this does not happen again.” 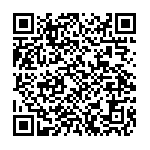 Scan the QR code with a mobile device camera to access the latest version of this document online:
https://sfethics.org/ethics/2017/01/san-francisco-ethics-commission-audit-report-unite-here-local-2-pac-fppc-id-1243324.html