The following are comments submitted at the Secretary of State Interested Persons meeting on February 9, 2017 regarding improvements to Cal-Access.


Re:  Comments Regarding Improvements to Cal-Access

The San Francisco Ethics Commission (SFEC) staff is encouraged by the passage of SB 1349 and your actions to engage the public and affected parties with this Interested Persons meeting regarding the future of Cal-Access and the CAL format.  Originally designed to process campaign and lobbyist statements at the state level, CAL-Access and the CAL format also have a large impact on local filing authorities.

The SFEC has significant experience with implementing the PRA and local law, both as a filing officer for state and local campaign disclosure reporting and enforcement agency.  Additionally, we have been a strong advocate of improving online public access to records and the electronic filing process, including our efforts to support AB 2452 (Ammiano, 2012) to eliminate the paper filing requirement for campaign disclosure forms at the local level.  The City & County of San Francisco has also had the unique experience of having been both the developer of an in-house electronic filing system and the client of a “software-as-a-service” (SAAS) agency system and has gained first-hand knowledge of the benefits and challenges that come with each type of system.

We make the following recommendations with continuing interests in effective public disclosure and an improved experience for system users, including filers, the public, and filing officers, and we look forward to working with all interested parties to help make the improvement of Cal-Access a success.

We respect that it is the Secretary of State’s responsibility to provide a new Cal-Access system and standard filing format pursuant to state law.  Importantly, however, the design decisions regarding the CAL format and long-term scope of the system will have a significant impact on a wide range of stakeholders within that disclosure ecosystem:  candidates who use the system; local filing authorities who implement compatible systems; technology vendors that campaigns rely upon to comply with the state’s format; and members of the public and media who are the ultimate consumers of the disclosed information.

Significant changes to the CAL format will require changes to systems at the local level, which must be planned and budgeted to ensure a smooth transition state-wide.  Many localities have additional disclosure requirements that are impacted by the state electronic format.  San Francisco, for instance, has implemented an electronic public financing system that is tightly integrated with existing disclosure systems. In addition, were a statewide network of disclosure systems to be implemented that impacts local jurisdictions, then this coordinated planning becomes even more important.

Software used by campaigns and political reporting firms to report disclosures designed for the old system will need to be updated to accommodate any new CAL-Access and CAL format requirements.  This also requires planning and could be problematic if a new system is implemented during the peak of a campaign season.

Members of the public and media that consume the information are requiring new ways to access the data to make meaningful use of the disclosed information. These new methods include data journalism, visual analytics, and mobile apps. We believe it is the State’s role to provide the infrastructure to make data publicly disclosed throughout California as accessible as possible to all voters. Changes to improve Cal-Access to achieve these goals demands that public stakeholders are consulted to ensure the system most effectively meets their needs.  If the public is unable to make effective use of the system’s disclosure data, then the disclosure system will have failed  to serve its purpose.

We urge you to implement a broad stakeholder engagement plan to develop clear goals, objectives and outcomes for the improved  CAL-Access system.

Historically, the CAL format was designed as a form-based approach to fill the contents of Fair Political Practices Commission (FPPC) campaign disclosure forms, which were created for use in an era before even the original Cal-Access was developed.  With these filing requirements fixed in state law, this results in disclosure of the same information on multiple forms – something that a data-driven system does not require. Duplicative reporting drives up compliance costs for campaigns and presents barriers for participation, and it creates unnecessary expense for filing officers.  Form-based data that creates complexity and confusion through duplicative information is an impediment for public research.

Alternatively, a data-driven approach can provide greater utility for the public at a lower cost to filers and filing officers.  For example, San Francisco converted paper-filed lobbyist disclosure reports to data-driven electronic filing with no paper forms or electronic representations of a paper form.  The data is presented to the public by grouping relevant information and making it accessible from multiple perspectives, rather than static individual reports.  San Francisco has operated this system since 2010, and legislation to establish electronic-only filings has since resulted in the increased use of the lobbyist disclosure data.  With this data also now available via a publicly accessible application programming interface (API), lobbying activities in San Francisco can be more flexibly queried and analyzed than a form-based system.

Moving to a data-driven model allows an agency to go beyond solely providing a search engine or financial reports for individual committees.  Charts, financial summaries, and comparative analyses built with electronic data allow the public to quickly and easily digest volumes of information in ways that the user finds most informative.

We ask that you build on the goals clarified through meaningful stakeholder engagement to identify components necessary to create an effective data-driven system and work closely with the FPPC and legislature on any needed revisions to state law to support that goal.

Effective public disclosure systems must adapt to changing laws that determine what must be disclosed.   Cal-Access has not been significantly changed in over a decade, which has constrained campaign finance policy development, the implementation of new laws, and enforcement capabilities.  To be successful, a modernized Cal-Access system must be delivered effectively and adequately funded for the long term.

Given that past attempts to deliver an improved Cal-Access have not been successful, new approaches are necessary.  For example, breaking the scope of the project into discrete parts to source different functions of the system to multiple vendors most capable of delivering those components could prove beneficial. Such an approach could be more achievable and cost-effective. Another approach could include adopting the software-as-a-service (SAAS) model, which allows the capital costs of software development and infrastructure to be shared among filing officers and allows ongoing system costs to be more predictable. This approach has been taken by many local jurisdictions, including the City and County of San Francisco.

We urge you to develop an implementation plan that ensures the new Cal-Access system is delivered effectively and is sustainable over the long term.

We appreciate the opportunity to provide comment and we thank you for your consideration of our recommendations. 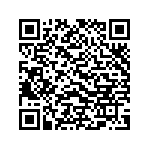 Scan the QR code with a mobile device camera to access the latest version of this document online:
https://sfethics.org/ethics/2017/02/comments-regarding-improvements-to-cal-access.html