Commission Elects Peter Keane as its Chair for 2017; Daina Chiu Elected to serve as Vice-Chair

At its regular monthly meeting on February 27, 2017, the San Francisco Ethics Commission unanimously elected its current Vice-Chair, Peter Keane, to serve as its next Commission Chair.  Keane assumes office effective March 1, 2017, and will succeed Paul Renne, who was elected Chair in 2015 and 2016. According to Ethics Commission Bylaws, members may serve a maximum of two consecutive one-year terms in office, which run from March through February each year. The Commission also unanimously elected Commissioner Daina Chiu to serve as its Vice Chair for the coming year.

“A strong and effective Ethics Commission plays a critical role in advancing accountable City government,” Keane said. “During this continued period of revitalization at our agency, I am honored to be elected Chair and I remain committed to advocating strong and effective political reform in the year ahead.”

Keane is a retired Professor of Law and Dean Emeritus at Golden Gate University School of Law, where he served as Dean of the Law School from 1998 to 2004. He is a former President of the Bar Association of San Francisco and a former Vice–President of the State Bar of California. He previously served as Chief Assistant Public Defender of San Francisco from 1978 to 1998, and was a member of the San Francisco Police Commission. In February, Keane was named a 2017 recipient of the James Madison Freedom of Information Award for his work on government openness and transparency at the Commission. He was appointed to the Ethics Commission in March 2014 by the City Attorney for a six-year term that ends in February 2020.

Daina Chiu has been a San Francisco resident for over 15 years. Chiu previously worked for McKesson Corporation where she was instrumental in designing and establishing the company’s first compliance training program, in addition to providing advice on a wide range of healthcare regulatory, privacy, ethics hotline, corporate, and antitrust matters. Prior to McKesson, Chiu was in private practice where she focused on mergers and acquisitions, corporate and financial matters. Chiu earned a Juris Doctor degree from Boalt Hall School of Law at University of California, Berkeley. She also graduated summa cum laude with bachelor degrees in Chinese Language & Literature and English Literature from University of California, Berkeley. Commissioner Chiu was appointed to the Ethics Commission in April 2016 by the Assessor-Recorder for a six-year term ending in February 2022. 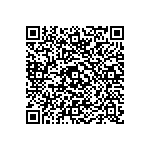 Scan the QR code with a mobile device camera to access the latest version of this document online:
https://sfethics.org/ethics/2017/02/ethics-commission-news-commission-elects-peter-keane-as-its-chair-for-2017-daina-chiu-elected-to-serve-as-vice-chair-february-28-2017.html