This report provides various programmatic and operational highlights to date since the last monthly Executive Director’s Report.
Action Requested No action is required by the Commission, as this item is for informational purposes only.

Departmental budget submissions for FY17 and FY18 are due to the Mayor’s Office no later than February 21, 2017. The Ethics Commission’s submission, which was based on the budget framework adopted by the Commission at its regular monthly meeting on January 23, 2017 and submitted February 21, 2017, appears as Attachment 1.

I am happy to announce that Kyle Kundert is joining the Ethics Commission staff as Senior Policy Analyst. Kyle will serve as our lead staff member in the newly created Policy unit. For the past three years, Kyle has served as an Ethics and Lobbying Specialist with the Wisconsin Ethics Commission, formerly the Wisconsin Government Accountability Board. In that role, he conducted legal research and policy drafting in the areas of campaign finance, lobbying, ethics and election administration, including assessing gaps in the law and possible statutory changes. Prior to his state service in Madison, he performed public policy work for the Southern Minnesota Regional Legal Services. Kyle holds a JD from Hamline University School of Law and a BA in Geography with a minor in Political Science from the University of Wisconsin Eau Claire. We look forward to welcoming Kyle to the Bay Area and to our staff team. His first day in the office is April 10.

As I announced at the Commission’s January meeting, Jarrod Flores stepped into a new role as Information Systems Business Analyst effective January 30, 2017. This position supports our E-Filing Conversion Project and is essential to achieving the goals of that project over the next several years. In this role, Jarrod will work under the direct supervision of Steven Massey and have primary responsibilities for the day to day duties of the E-Filing Conversion Project, including contract development, participation in design detail and development of new applications; and evaluation of vendor products and customized designs to meet system user needs. Jarrod joined the staff in 2006 and has over 10 years of experience with our campaign finance program. He has provided technical advice; compiled and documented filing policies and procedures; and developed and administered paper and electronic disclosure systems. In addition, Jarrod has coordinated, implemented and maintained a range of IT-related projects, including testing and evaluation of the Commission’s early online filing system; trouble-shooting; disclosure dashboards; and digitization of Commission records and disclosure reports. Jarrod holds a Master of Public Administration degree from San Francisco State University and a Political Science degree from the University of California at Berkeley.

Table 1 below provides an update on the status of the Commission’s staff vacancies.

As reported last month, proposed statutory amendments to the Whistleblower Protection Ordinance amendments introduced last June by Board of Supervisors President London Breed. Those discussions have had a focus on ensuring strong Whistleblower retaliation protections that support an effective Whistleblower reporting program and that can be most effectively implemented. As a result of these discussions, several proposed amendments have been suggested, including the mandatory training of new employees and individuals in city government that supervise other employees on how to handle complaints that allege whistleblower retaliation. The Controller’s Office will continue to publicize and conduct training programs about the Whistleblower protections afforded to all employees. At the request of Supervisor Breed, the proposal was referred by DHR for a meet and confer discussion with represented employee organizations. That meeting is scheduled for March 13th.

On Thursday, February 9, Staff attended and provided comment at an Interested Persons Meeting held by the Secretary of State (SOS) to provide input on updating the Cal-Access online disclosure system. The meeting in Sacramento was the second of two held by the SOS as required by SB 1349 (Hertzberg). A copy of comments Staff provided appears at Attachment 2.

Over the past year the Fair Political Practices Commission has been working to update the Political Reform Act by minimizing the use of legal jargon, incorporate key regulations into the text of the Act, reorganize the Act to place related provisions in the same chapter, and update the Act to reflect the status of existing, settled caselaw. Along with staff from other local ethics agencies in California, we recently communicated our support of that effort to the FPPC Chair. A copy of the letter appears at Attachment 3.

The Commission’s Annual Policy Plan updated for the month of February appears at Attachment 4.

City law provides that candidates who receive public financing shall be audited beginning within 60 days after the date the candidate committees’ first post-election campaign disclosure report is required to be filed, in other words, no later than April 1, 2107. As I reported last month, we have secured audit assistance for the upcoming cycle from the Controller’s Office to conduct those audits pursuant to Section 1.150(a) of the City’s Campaign and Governmental Conduct Code. We are continuing to work with that office to plan for the initiation of this year’s audit cycle.

In addition, that section provides that that “[i]n his or her discretion, the Executive Director may initiate additional targeted or randomly selected audits of any committee, irrespective of whether the committee received any public funds.” An Ethics Commission’s process to determine other additional audits has traditionally been held through a random selection process in March of the year following an election. Staff have been reviewing audit selection criteria and identifying additional objective ways to broaden the scope of additional “targeted or randomly selected audits” authorized under Sec. 1.150(a). While we had planned to report on proposed new approaches for feedback at this meeting, we were not able to complete that work this month and will instead bring it to the March meeting for feedback from the Commission and public.

Commission Vice Chair Peter Keane has been awarded the 2017 James Madison Freedom of Information Public Official Award by the Society of Professional Journalists of Northern California. The award recognizes Commissioner Keane’s work in the past year on new open government laws and new openness at the Commission, including efforts to protect the agency’s budget from cuts and increase its resources to support new transparency efforts and stronger accountability.

The Ethics Commission’s digital dashboard project team, led by Steven Massey, was recognized on February 16th by the Mayor’s Office of Civic Innovation and DataSF as one of the city’s top examples of innovative technology. Selected from among nearly 60 entries in six award categories, the project was selected as a winner for the 2017 Data and Innovation Awards in the category ‘If You Love Your Data, Set It Free!’ The competition recognizes departments that are making San Francisco government more data savvy and more innovative. 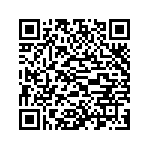 Scan the QR code with a mobile device camera to access the latest version of this document online:
https://sfethics.org/ethics/2017/02/executive-directors-report-february-21-2017.html