Chair Peter Keane and I are meeting with Supervisor Safai and Supervisor Fewer on March 23rd about how our offices can work together in support of good governance in the City and County of San Francisco. We hope to meet with the other two new members of the Board of Supervisors in the coming weeks.

The Commission’s Annual Policy Plan updated for the month of March appears at Attachment 1. While a number of policy-discussions have been pushed back by one to two months due to ongoing staffing constraints in our enforcement and policy divisions, we anticipate that will be alleviated as our staff vacancies are filled in the coming months.

As reported last month, amendments proposed by the Ethics Commission to the City’s Whistleblower Protection Ordinance (“WPO”) are being sponsored by Supervisor Breed. The provisions have been the focus of additional discussions among our office, the Controller’s Office which administers the Whistleblower hotline, and the Department of Human Resources since late last summer. With a focus on ensuring strong Whistleblower retaliation protections that support an effective Whistleblower reporting program and that can be most effectively implemented, several additional amendments were suggested. One of the proposals is mandatory training of new employees and city supervisors to help ensure complaints that allege whistleblower retaliation are recognized and handled appropriately. Following an in-depth discussion with represented employee organizations about the WPO on March 13, the employee organizations have requested to meet and confer over the proposed mandatory training requirement for supervisors. The Labor Relations team from the Department of Human Resources will be scheduling that meeting.

As shown in Table 1, we continue to make progress on various recruitments underway for our vacant staff positions. We are hopeful that the first of our new investigators could be on board by the end of April. 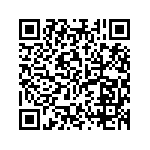 Scan the QR code with a mobile device camera to access the latest version of this document online:
https://sfethics.org/ethics/2017/03/executive-directors-report-march-22-2017.html