This Audit Report summarizes the audit results of the committee, Hennessy for Sheriff 2015, FPPC Identification Number 1374817 (“the Committee”), for the period from January 1, 2015 through December 31, 2015.  The audit was conducted to determine whether the Committee materially complied with the requirements of the Political Reform Act (“the Act”) (California Government Code section 81000, et seq.) and San Francisco’s Campaign Finance Reform Ordinance (“CFRO”) (San Francisco Campaign and Governmental Conduct Code section 1.100, et seq).  The Committee was selected for random audit from the 2015 audit cycle.

The Committee qualified as a candidate-controlled committee on January 20, 2015 to elect Vicki Hennessy (“the Candidate”) as Sheriff of San Francisco.  For the period covered by the audit, Stacy Owens of the Hank Levy Group served as the treasurer and Henry Levy served as assistant treasurer.  The Committee terminated on March 25, 2016.

For the period covered by the audit, the Committee received $319,881 in contributions (including non-monetary contributions of $400 and a loan of $35,000) and incurred $229,252 in campaign expenditures.

The Commission determined that there were no material findings with respect to the audit of the Committee.  The Committee substantially complied with the disclosure and recordkeeping provisions of the Act and CFRO. 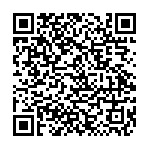 Scan the QR code with a mobile device camera to access the latest version of this document online:
https://sfethics.org/ethics/2017/03/san-francisco-ethics-commission-audit-report-hennessy-for-sheriff-2015-fppc-id-1374817.html