This Audit Report summarizes the audit results of the SF Moderates, Identification Number 1245538 (“the Committee”), for the period from January 1, 2014 through December 31, 2015.  The audit was conducted to determine whether the Committee materially complied with the requirements of the Political Reform Act (“the Act”) (California Government Code section 81000, et seq.) and San Francisco’s Campaign Finance Reform Ordinance (“CFRO”) (San Francisco Campaign and Governmental Conduct Code section 1.100, et seq).  The Committee was selected for random audit from the 2015 audit cycle.

The Committee qualified as a committee on July 11, 2002 to support or oppose proposed ballot measures and/or candidates for local office in the City and County of San Francisco. For the period covered by the audit, Brian Hecktman served as the treasurer and Stacy Owens served as assistant treasurer. At the date of this report, Ashley Lyon serves as treasurer and Stacy Owens as assistant treasurer. The Committee has not terminated as of the date of this report.

For the period covered by the audit, the Committee received $59,396 in contributions and incurred $85,478 in campaign expenditures. 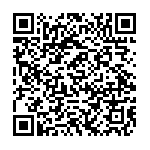 Scan the QR code with a mobile device camera to access the latest version of this document online:
https://sfethics.org/ethics/2017/04/san-francisco-ethics-commission-audit-report-sf-moderates-fppc-id-1245538.html