The 2018 election for the District 8 Board of Supervisors seat presents a unique scenario for candidates who are seeking or planning to seek public financing for their campaigns.  When the District 8 seat on the Board of Supervisors was vacated following the November 2016 election, Mayor Lee appointed an interim Supervisor on January 6, 2017. Because the City Charter states that an interim Supervisor holds office until the next election, an election for this seat has been called for the June 5, 2018 statewide primary.  The Supervisor elected in the June 2018 election will hold the seat for the remainder of the prior incumbent’s term, which would have been until January 2019.  The District 8 seat will again be up for election on the November 6, 2018 ballot.  This means that there will be two elections held for the District 8 seat within five months of each other.

The information below has been developed by the Ethics Commission to begin to assist District 8 candidates in understanding the City’s public financing program in light of the timing of the two upcoming elections.

In addition, more comprehensive guidance for candidates is available on the Ethics Commission’s web site.

Q: Will public financing be available to candidates in both the June and November elections?

A: Yes, the Campaign and Governmental Conduct Code (“C&GCC”), Section 1.136 provides that limited public financing be available to eligible candidates. Candidates on both ballots will be eligible to qualify for public funds.

Q: Will candidates need to have a separate committee for each election or can they have one for both the June and November elections?

A: All candidates who are seeking election in June and in November, including publicly financed candidates, will have to have a separate and distinct committee for each election. The Political Reform Act (“PRA”) and its associated regulations require committee information to be unique to effectively identify the candidate, election and office sought.  (See: PRA § 84102(d) and FPPC Cal. Gov. Code § 18402).  To help ensure appropriate accounting for and auditing of public funds, candidates who plan on seeking election in both the June and November elections should clearly distinguish their committees by using a naming convention that makes clear in which election each committee is operating.  Committees with duplicate committee names will not be accepted.

Q: What are the deadlines for receiving public financing and how will those work with two elections for the same office so close to one another?

A: The chart below provides a timeline of important dates for each election.  Generally, the dates will follow the normal schedule for submitting qualifying documents and receiving public funds.  Those deadlines are specified in C&GCC § 1.140 and are shown below for the June and November 2018 elections.

Q: Will the qualifying thresholds for June and November be the same as they normally are?

Q: Can the candidate receive contributions from the same person for both elections? How much?

A: Yes, the candidate can receive contributions from the same person for each election. The contributor must specify the committee and/or election they are giving to in order to avoid confusion and potential violations of the contribution limits.  C&GCC § 1.114 states that no person may contribute more than $500 to a candidate committee in an election.

Q: If a candidate receives a contribution that doesn’t specify which committee or election the contribution is for; how should the committee handle it?

A: State law and regulations require Committee treasurers to inquire about any information that a person of reasonable prudence would question based on all available information.  This includes inquiring about whether a contribution is identified and attributed correctly. The Commission recommends that candidates return contributions that are not attributed to a specific committee. Committees should take steps to ensure that contributors are effectively identifying where their contributions are to be allocated, and efforts by committees to attribute contributions should be documented. Failure to do so may subject the committee to errors in reporting, delays in processing their public financing submissions, and to the receipt of excess contributions in violation of City law.

To qualify for public financing, a candidate must meet several requirements. These include: 1) being eligible to hold the office sought; 2) filing of a statement of participation or non-participation indicating the candidate’s intent to accept or reject public financing; and 3) receiving the minimum number of qualifying contributions from the required number of San Francisco residents.

Qualifying contributions must be received no sooner than 18 months prior to the election and no later than the 71st day before the election. By that deadline, a candidate for the Board of Supervisors who is a non-incumbent must have received at least $10,000 in qualifying contributions from at least 100 contributors.  By that deadline, an incumbent candidate must have received at least $15,000 from 150 or more contributors.

To establish eligibility to receive public funds, a candidate must submit a Qualifying Request along with supporting documentation.  Visit the Ethics Commission’s web site for more information about requirements for submitting a qualifying request.

A qualifying contribution is:

Staff at the Ethics Commission are available to assist with additional questions about the City’s campaign finance laws and the city’s voter-created public financing program. The San Francisco Charter authorizes the Ethics Commission to provide two kinds of advice: written formal opinions and informal advice. Written formal advice is available to individuals who request advice prospectively about their specific responsibilities under local law. For general questions about the law, or to receive informal advice about how the laws may apply to you, please contact us at: 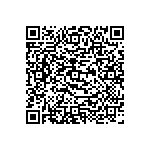 Scan the QR code with a mobile device camera to access the latest version of this document online:
https://sfethics.org/ethics/2017/05/information-for-candidates-seeking-public-financing-for-board-of-supervisors-in-district-8-for-june-2018-and-november-2018-elections.html