The San Francisco Ethics Commission has fined an independent expenditure committee sponsored by Hotel and Restaurant Works Union UNITE HERE Local 2 for failing to provide full disclaimers as required on campaign literature they distributed to San Francisco voters leading up to the November 2016 city election. In a matter settled in connection with the Commission’s June 26, 2017 meeting, the Commission fined the Working Families for Hillary Ronen for District 9 Supervisor 2016 $2,000 for their campaign literature disclosure violation.

In a settlement agreement with the Ethics Commission, the Committee acknowledged two violations of section 1.161 of the City’s Campaign Finance Reform Ordinance (“CFRO”) and agreed to pay $2,000 for the violations, along with $175 in late filing fees for failing to file timely disclose two electioneering communications and one late independent expenditure report as required by section 1.162 of CFRO and section 84204 of the Political Reform Act (“PRA”). As detailed in the Stipulation, Decision, and Order, the Committee failed to inform the public that two mass mailings were not authorized or paid for by a candidate or a committee controlled by a candidate, as required by SF C&GCC section 1.161(a). Moreover, neither mass mailer disclosed contributors of $20,000 or more, as required by SF C&GCC section 1.161(a)(1).

To help provide transparency about campaign fundraising and spending in City races, since 2015 City law has required notice on campaign ads that campaign disclosures are available on the Ethics Commission’s website, sfethics.org.  On the Commission’s website, the public can research campaign statements, which reveal who funds campaigns and how campaigns spend their money. In addition, overviews and real-time analyses of campaign data disclosed by committees are available via campaign dashboards that help visualize campaign data for easy reference.

Copies of the two stipulations can be obtained on the Ethics Commission’s website at sfethics.org or by contacting the Commission at (415) 252-3100. 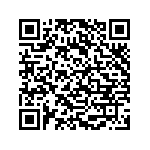 Scan the QR code with a mobile device camera to access the latest version of this document online:
https://sfethics.org/ethics/2017/06/public-announcement-of-enforcement-action.html