This Audit Report summarizes the audit results of the committee, Jane Kim for Supervisor 2014, Identification Number 1361734 (“the Committee”), for the period from January 1, 2013 through December 31, 2014. The audit was conducted to determine whether the Committee materially complied with the requirements of the Political Reform Act (“the Act”) (California Government Code section 81000, et seq.) and San Francisco’s Campaign Finance Reform Ordinance (“CFRO”) (San Francisco Campaign and Governmental Conduct Code section 1.100, et seq). The Committee was selected for random audit from the 2014 audit cycle.

San Francisco Charter section C3.699-11 authorizes the Ethics Commission (“the Commission”) to audit campaign statements that are filed with the Commission along with other relevant documents to determine whether a committee complied with applicable requirements of State and local laws. Section 1.150(a) of CFRO requires the Commission to audit all candidates who receive public financing.

The Committee qualified as a committee on November 6, 2013 to support the election of Jane Kim for District 6 Supervisor in the November 4, 2014 election. Davi Lang served as the treasurer. The Committee has not terminated as of the date of this report.

For the period covered by the audit, the Committee received $272,274 in contributions (including non-monetary contributions of $4,543) and incurred $218,823 in campaign expenditures.

Government Code section 84104 and S.F. Campaign and Governmental Conduct Code section 1.109 provide that it is the duty of each candidate, treasurer and elected officer to maintain detailed accounts, records, bills and receipts that are necessary to prepare campaign statements, and to retain the documents for a period of four years following the date the appropriate campaign statement is filed. Section 84104 is incorporated into the CFRO at S.F. C&GC Code section 1.106.

Committee’s Response to Finding #1
The Committee provided the following comment:
“During the time these payments were made, the Committee primarily utilized the services of a volunteer treasurer who used her best efforts to comply with the law. The Committee’s treasurer has worked diligently with the Ethics Commission staff to provide available documentation for all expenditures.”

San Francisco Campaign and Governmental Conduct Code section 1.122 provides that funds in a candidate committee’s campaign account may be used only on behalf of the candidacy for the office specified in the candidate’s declaration of intention. Contributions solicited or accepted for one candidate cannot not be expended for the candidacy of any other candidate for local, state or federal office, in support of or opposition to any measure or in support of or opposition to any state ballot proposition, or for donations to a charitable organization.

Committee’s Response to Finding #2
The Committee provided the following comment:
“The expenditures in question represent less than one-percent (1%) of the Committee’s total expenditures. All of these expenditures were for admission to political and charitable events to further the Candidate’s campaign for Supervisor.”

San Francisco Campaign and Governmental Conduct Code section 1.118 provides that a candidate committee that accepts goods or services on credit must pay for such accrued expenses in full no later than 180 calendar days after receipt of a bill or invoice or no later than 180 calendar days after the last calendar day of the month in which the goods/services were delivered or the services rendered, unless it is clear from the circumstances that the failure to pay is reasonably based on a good faith dispute. Regulation section 1.118-1 to the Campaign Finance Reform Ordinance states that any amount in excess of $500 that remains unpaid at the time of termination or that has been forgiven by the creditor constitutes a violation of the $500 contribution limit prescribed by section 1.114(a) of the S.F. C&GC Code.

Committee’s Response to Finding #3
The Committee provided the following comment:
“The expenditures in question represent a small percentage of the Committee’s total expenditures. Moreover, the Committee issued payments within 180 days after the last calendar day of the month in which the good/services were delivered or rendered. However, the vendors did not timely cash these payments.” 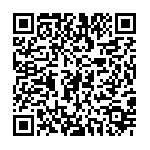 Scan the QR code with a mobile device camera to access the latest version of this document online:
https://sfethics.org/ethics/2017/07/san-francisco-ethics-commission-audit-report-jane-kim-for-supervisor-2014-fppc-id-1361734.html