3. Discussion and possible action on draft minutes for the Commission’s June 26, 2017 meeting.

Commissioner Lee made a request to recuse herself from voting on the minutes.  Chair Keane indicated she was sworn in that day and was unable to familiarize herself with the matters that are before the Commission.  Chair Keane remarked that on this Commission, Commissioners cannot abstain from voting, but if they feel that it would be improper to vote on an issue because they do not have enough information, they can ask to be recused on those matters.

4. Discussion and possible action on Ethics Commission Annual Policy Plan as revised for FY17-18 and presented in Staff Policy Report.

5. Discussion and possible action on Staff recommendation to adopt the 2017 San Francisco Anti-Corruption and Accountability Ordinance that builds on the initial Proposition J Revision proposal and amends City campaign and government conduct laws (SF Campaign and Governmental Conduct Code Articles I and III).

Motion 170828-03 (Kopp/Chiu): Moved, seconded and passed unanimously (4-0) that Commissioner Lee be recused from voting on Item 5.
Public Comment:
Several members of the public spoke regarding this agenda item.

Public Comment:
Several members of the public spoke regarding this motion and agenda item.

Motion 170828-04 (Chiu/Renne): Moved, seconded and passed (4-0, Commissioner Lee recused) that the Commission continue the vote on Item 5 to the September Commission meeting.

6. Discussion and possible action on proposed ordinance to amend the Campaign and Governmental Conduct Code to disqualify members of City boards and commissions who have not filed their Form 700s from participating in or voting on certain matters.

Senior Policy Analyst Kyle Kundert spoke regarding his report.  Discussion ensued among the Commissioners regarding the exceptions to the proposed ordinance.

Public Comment:
Several members of the public spoke regarding this agenda item.

8. Discussion of Enforcement Report. An update on various programmatic and operational highlights of the Enforcement Program’s activities since the last monthly meeting.

LeeAnn Pelham, Executive Director, spoke regarding her report.  Commissioner Chiu congratulated Staff on closing out all the 2012 audits.

10. Discussion and possible action regarding status of complaints received or initiated by the Ethics Commission.  Possible Close Session.

Commission did not go into closed session.

Public Comment:
Charles Marsteller of Friends of Ethics spoke regarding this item.

12. Additional opportunity for public comment public matters appearing or not appearing on the agenda.

The Commission adjourned at 9:30 PM. 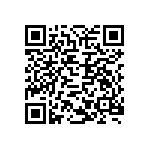 Scan the QR code with a mobile device camera to access the latest version of this document online:
https://sfethics.org/ethics/2017/09/minutes-august-28-2017.html