The San Francisco Ethics Commission has fined Save City College-Yes on B, a ballot measure committee, and its principal officer, Nick Panagopoulos, for failing to provide full disclaimers on campaign literature as required by City law. In matters settled during the Commission’s October 23, 2017, regular meeting, the Commission levied an administrative penalty of $500 for failing to include the names of its top two donors of $20,000 or more on a mass mailer in advance of the November 8, 2016 election.

As detailed in a Stipulation, Decision, and Order, the Commission fined the committee and Panagopoulos for one violation of section 1.161 of the City’s Campaign Finance Reform Ordinance (“CRFO”) pursuant to the Commission’s Fixed Penalty Policy.

On the Commission’s website, the public can research campaign statements, which reveal who funds campaigns and how campaigns spend their money. In addition, overviews and real-time analyses of campaign data disclosed by committees are available via campaign dashboards that help visualize campaign data for easy reference. Guidance offered to City candidates and others on how to comply with the law is also available for viewing.

A copy of the stipulation can be viewed here or can be requested by contacting the Commission at (415) 252-3100. 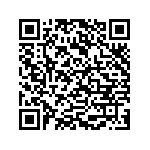 Scan the QR code with a mobile device camera to access the latest version of this document online:
https://sfethics.org/ethics/2017/10/public-announcement-of-enforcement-action-3.html