Recommendations to be Transmitted to Board of Supervisors for Adoption

At its regular monthly meeting on November 27, 2017, the San Francisco Ethics Commission gave final approval by a vote of 4-1 to recommend and transmit to the Board of Supervisors its Anti-Corruption and Accountability Ordinance that proposes new restrictions and public disclosure requirements on certain city officials and the interests that benefit from actions by those officials. First proposed by Commission Chair Peter Keane in March 2017, and further developed and refined through extensive public comment at Commission hearings and additional “interested persons” meetings with Commission Staff, the ordinance is designed to strengthen City campaign finance laws to help reduce the potential for corruption or the appearance of corruption in governmental decision making.

“The heightened transparency and new rules proposed by the Ethics Commission will help expose and disarm attempts to use money to get favorable treatment from City government,” said Commission Chair Peter Keane, “and we urge the Board of Supervisors to adopt the Ordinance into law.” He added: “There is no place for pay-to-play politics in San Francisco, and the people of San Francisco deserve strong laws that help ensure all City decisions are made based on the merits and that helps keep government working in the public’s interest.”

Commissioners Keane, Chiu, Renne and Lee voted for the proposed Ordinance, while Commissioner Kopp voted no, citing his desire to see several stronger provisions among the Commission’s recommendations. As adopted by the Ethics Commission, the Ordinance would:

The Commission voted 3-2 at its regular meeting on October 23 to approve an earlier draft of the ordinance, with Commissioners Keane, Renne, and Kopp voting in support and Commissioners Chiu and Lee voting against, citing concerns about a proposed rule that would prohibit an official from asking a person with a matter before him or her to give something of value to a third party. Because a minimum of four votes by the Ethics Commission is required to propose changes to the underlying laws the Ordinance would amend, the Commission voted in October to request Vice-Chair Chiu to work with Staff and others to evaluate and resolve outstanding policy questions for the Commission’s meeting on November 27. At Monday’s meeting, Chair Keane thanked Vice-Chair Chiu and Commissioner Lee for their work with interested persons to develop an approach and build further on a disclosure system for behested payments previously proposed by Supervisor Peskin and passed by the Board.

The Commission will transmit its recommendations to the Board of Supervisors, where at least eight votes will be required to adopt the proposed changes. In addition, the Commission retains the ability under San Francisco Charter Section 15.102 to place a proposed ordinance on the ballot as a measure to be decided directly by San Francisco voters. 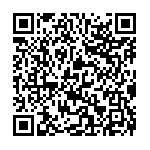 Scan the QR code with a mobile device camera to access the latest version of this document online:
https://sfethics.org/ethics/2017/11/ethics-commission-approves-san-francisco-anti-corruption-and-accountability-ordinance.html