At its regular meeting on November 27, 2017, the San Francisco Ethics Commission discussed the following matters and took the following actions:

Draft Minutes for the November 27, 2017 Regular Meeting will be available upon their completion and will be included on the Agenda for the Commission’s next Regular Meeting.  The next meeting of the Ethics Commission is scheduled for Monday, December 18, 2017, in Room 416 City Hall at 1:00 p.m., a special date, time, and location due to the December 25th Christmas holiday. For further information, please feel free to contact the Ethics Commission at (415) 252-3100. 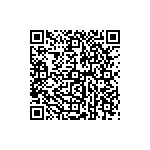 Scan the QR code with a mobile device camera to access the latest version of this document online:
https://sfethics.org/ethics/2017/11/meeting-summary-summary-of-actions-taken-and-matters-discussed-at-ethics-commissions-november-27-2017-meeting.html