Chair Keane called the meeting to order at 1:00 P.M.

OTHERS PRESENT: Ace Washington, and other unidentified members of the public.

Bob Planthold voiced his dismay that the AAO passed is still too narrow. Patrick Monet Shaw spoke regarding the Whistleblower Ordinance, stating there has been no action and urging this Commission to act. Ace Washington expressed his condolences on the passing of Mayor Ed Lee and expressed support for this commission. Larry Bush, Friends of Ethics, spoke of his history with Mayor Ed Lee and requested a hearing at the next meeting regarding pay-to-play related to behested payments. Charley Marsteller noted that several people he spoke to were disappointed that the Commission has changed the time of the monthly meeting.

The following written summary was provided by the speaker Patrick Monette-Shaw, the content of which is neither generated by, nor subject to approval or verification of accuracy by the Ethics Commission:

Fourteen years ago, voters passed Proposition “C” in 2013 requiring the Board of Supervisors to enact a Whistleblower Protection Ordinance (WPO) to protect City employees from retaliation.  In May 2015, the Civil Grand Jury issued its report “Whistleblower Protection Ordinance Is in Need of Change,” noting the Board of Supervisors failed to carry out that mandate because the Supervisors had not enacted a WPO that genuinely protects City employees.  Nearly three years after the Jury issued its report, there’s still no action.

This Commission should act rapidly and place WPO amendments on the June 2018 ballot by the February submission deadline.

3. Discussion and possible action on draft minutes for the Commission’s November 27, 2017 meeting.

Motion 171218-01 (Kopp/Renne): Moved, seconded, and passed unanimously (5-0) that the Commission approve the minutes for the November 27, 2017, regular meeting, as amended by Commissioner Kopp.

Executive Director Pelham clarified the meeting date, time, and room had to be changed from what the Commission approved at the November Commission meeting due to scheduling conflicts with SFGov TV. Under the new schedule, the Commission would meet on the third Friday of each month at 1:00pm in room 416, unless otherwise noticed. All meetings will follow this schedule except for the May meeting which will be on Monday, May 7, 2018, at 1:00pm in room 408. Commissioner Kopp requested the meeting start time be changed to 2:00 p.m. due to previous commitments. Director Pelham noted Staff is exploring whether the room can accommodate public comment by telephone.

Motion 171218-02 (Kopp/Renne): Moved, seconded, and passed unanimously (5-0) that the Commission approve the bylaws change to the Commission’s regular meeting, as amended by Commissioner Kopp.

Bob Planthold supports the meeting change and remarked that people can monitor the meetings through tv and online. He also noted that he spoke to the Acting Director of the Mayor’s Office on Disability who advised having a telephone line in the meeting does not cost anything, and their office will assist Staff with the set up. Ace Washington asked the Commission to look into the San Francisco Housing Authority, OWD, OCII, and the Department of Real Estate.

Motion 171218-03 (Kopp/Chiu): Moved, seconded, and passed unanimously (5-0) that the Commission continue the matter to the next meeting for further discussion.

Ace Washington submitted a copy of the letter he wrote to Mayor Ed Lee in May, regarding a building in the Western Addition.  Larry Bush, Friends of Ethics, spoke on several items of the Enforcement Regulations, specifically the timeline and penalty factors. Charley Marsteller thanked the Director and Deputy Director for going through the provisions so robustly. Ellen Cheng spoke regarding her experience with the Sunshine Ordinance Task Force and stated the people need the Ethics Commission to enforce their decisions. Nancy Cross stated her concern with how the Commission investigates a complaint, citing a complaint she has with a homeless shelter, and asked the Ethics Commission to look into how the homeless are dealt within San Francisco.

Policy Analyst Patrick Ford summarized Staff’s analysis of certain proposals of online political communications. Mr. Ford highlighted that Staff recommends further analysis on whether a municipality can require all providers of online communication platforms to archive information about paid political communications distributed through the platform. Vice Chair Chiu stated she is in support of the proposal and that it is critical work the Commission can undertake. Commissioner Renne is also in support of the proposal but suggests that because this is such a significant issue the emphasis should be on thoroughness and not put a timeline on this. Commissioner Lee echoed Vice Chair Chiu and Commissioner Renne’s comments and requested the issue of citing the true source of funding be included as part of the analysis for discussion.

Larry Bush, Friends of Ethics, thanked the Commission for taking on this issue, as it is important.

Senior Policy Analyst Kyle Kundert summarized the Policy Report and updated the Commission on the timelines contained in the Annual Policy Plan. Vice Chair Chiu and Commissioner Kopp asked for clarification on the Whisteblower Ordinance. Director Pelham advised that meet and confer meetings must be arranged with the unions before the Ordinance can be sent back to the Board of Supervisors for action. Commissioner Kopp, Director Pelham, and Mr. Kundert discussed the Public Financing System item. Chair Keane asked DCA Shen if this Commissions’ authority to put something on the ballot could in anyway be trumped by any of the meet and confer requirements that the City has. DCA Shen was unsure, so Chair Keane asked DCA Shen for guidance. DCA agreed to work with Staff to get Commission that information. Vice Chair Chiu wanted to ensure the Staff is working with Supervisor Kim on the Public Financing item, incorporating her input into our analysis. Commissioner Renne expressed his concern with the Whistleblower Ordinance and suggested the Commission put the ordinance on the ballot. Mr. Kundert advised that March 2, 2018, would be the absolute last date to put the Ordinance on the ballot for the June 2018 election, and August for the November 2018 election.

Motion 171218-04 (Renne/Chiu): Moved, seconded, and passed unanimously (5-0) that the Commission approves the recommendations in Section 2.

Deputy Director Blome reviewed her report, highlighting that they continue with the stakeholder engagement process, appeared before two full committee meetings of the Sunshine Ordinance Task Force, and went to the COGEL conference in Toronto. Vice Chair Chiu remarked on the COGEL information regarding the New York City Campaign Finance Board using data to investigate wrongdoing and if it is something we can do here. Deputy Director Blome replied in some respects, Staff is already doing that.

Charley Marsteller thanked Staff for moving so forcefully on the Lynette Sweet matter and asked what will happen to the public funds. Deputy Director Blome replied that we are listed as a general creditor.

Executive Director Pelham summarized the report. Director Pelham then expressed her deep thanks to Staff and is very pleased with the work that has been done. Director Pelham commented that with the Mayor’s passing this week Staff spent time reflecting on public service, and the significance of a lifetime contribution by Mayor Lee. Staff shares our deepest condolences to Mayor Ed Lee’s City family, colleagues and his Staff, in addition to his family.

Bob Planthold expressed his concern with cuts in the budget as the Commission is still trying to get fully staffed. Larry Bush, Friends of Ethics, noted the posting on Facebook that highlighted their work with Mayor Ed Lee. Mr. Bush also voiced his concern with a possible budget cut, advising that budgets are ordinances and the Commission would have the ability to put full funding for next year on the ballot in June to take effect July 1st. It might be a good fallback position.

10. Discussion and possible action regarding status of complaints received or initiated by the Ethics Commission.

This session is closed because complaints and investigations are confidential under SF Charter section C3.699-13, Cal. Govt Code section 54956.9, and Sunshine Ordinance section 67.12.

Chair Keane indicated that in February he anticipates putting the Whistleblower Ordinance and Anti-Corruption and Accountability Ordinance on the June 2018 ballot. Chair Keane expressed his concern for budget cuts at this time. Commissioner Kopp asked if members could place matters on the agenda. Chair Keane advised that members can do so but should go through the chair. Vice Chair Chiu expressed her belief that we explore sources of independent funding if the Commission decides to take on a ballot measure related to the Commission’s budget.

12. Additional opportunity for public comment on matters appearing or not appearing on the agenda pursuant to Ethics Commission Bylaws Article VII Section 2.

Motion 171218-07 (Lee/Renne): Moved, seconded, and passed unanimously (5-0) that the Commission adjourn in the memory of Mayor Ed Lee.

The Commission adjourned at 3:55 P.M. 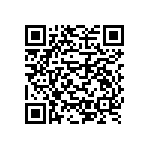 Scan the QR code with a mobile device camera to access the latest version of this document online:
https://sfethics.org/ethics/2018/01/minutes-december-18-2017.html