This Audit Report summarizes the audit results of the committee, Aaron Peskin for Supervisor 2016, FPPC Identification Number 1382556 (“the Committee”), for the period from January 1, 2016 through December 31, 2016. The audit was conducted by Ethics Commission staff following the 2016 City election as part of the Commission’s 2016 audit cycle to determine whether the Committee materially complied with applicable requirements of the Political Reform Act (“the Act”) (California Government Code section 81000, et seq.) and San Francisco’s Campaign Finance Reform Ordinance (“CFRO”) (San Francisco Campaign and Governmental Conduct Code section 1.100, et seq).

San Francisco Charter section C3.699-11 authorizes the Ethics Commission to audit campaign statements that are filed with the Commission along with other relevant documents to determine whether a committee materially complied with applicable requirements of State and local laws. Section 1.150(a) of the CFRO requires the Commission to audit all candidates who receive public financing and authorizes other audits to be initiated of other committees irrespective of whether the committee received any public funds.

The Committee qualified as a candidate-controlled committee on February 24, 2016 to support the election of Aaron Peskin (“the Candidate”) for Supervisor in District 3 in the November 8, 2016 election. For the period covered by the audit, Stacy Owens (The Henry Levy Group, A CPA Firm) served as the treasurer and Anthony Barr served as the assistant treasurer. The candidate opted not to participate in the public matching funds program and did not receive public funds in connection with this campaign. The Committee remains active.

For the period covered by the audit, the Committee received $99,608 in contributions, and incurred $81,701 in campaign expenditures. The Committee did not receive any loans, non-monetary contributions or public funds.

Auditors concluded that there were five findings with respect to the Committee audit.

Government Code section 84301 states that no contribution shall be made, directly or indirectly, by any person in a name other than the name by which such person is identified for legal purposes. Person is defined in the PRA to include a business entity. In six instances, shown below in Table 1 the contributor reported by the Committee on Schedule A did not match the name on the Committee’s supporting contribution documentation.

Finding 2 – Due to a lack of documentation in Committee records regarding the in-kind use of office space during the campaign, auditors were unable to conclude that the Committee fully complied with non-monetary contribution disclosure requirement of CA Government Code Section 84211.

Sunny Angulo, a campaign worker for the Committee, was reimbursed $667 with a check from the Committee dated September 16, 2016. A portion of this reimbursement was for $626 paid to the Department of Elections for a Ballot Argument made in opposition of Proposition K. While the expenditure is made to further a governmental, legislative and/or political purpose, this is not a permissible expenditure per CFRO 1.122(b)(1), which states contributions for one candidate “shall not be expended in support of or opposition to any measure.”

Finding 4 – The Committee failed to comply with the requirements of S.F. C&GC Code section 1.161(a) by not filing an itemized disclosure statement for one of the three mass mailings it distributed.
San Francisco Campaign & Governmental Conduct Code Section 1.161(a) requires a candidate committee that pays for a mass mailing to file Form SFEC-161a Itemized Disclosure Statement with the Ethics Commission within five business days of the date of the mailing (or within 48 hours if the date of the mailing occurred during the 16 days immediately preceding the election).

The Committee received and negotiated a check dated November 1, 2016 in the amount of $500 from Steven Kay made payable to Victor Makras. Victor Makras later made his own contribution via a check dated December 5, 2016 in the amount of $500 made payable to “Peskin for Supervisor”. The Committee disclosed both contributions on Schedule A of Form 460.

In response to findings contained in this Audit, the Committee provided the following response:

“Regarding the substance of the Aaron Peskin for Supervisor 2016 Draft Audit, I take issue with the presumptions made in several of the findings. Finding 2 incorrectly conflates the requirements for in-kind donations outlined in Government Code Section 84211 with office-holder expenses.

Given the fact that I ran a successful campaign in an extremely competitive race for Supervisor in November 2015 election, my re-election campaign in the regularly scheduled November 2016 election did not generate the same demand for resources or a robust campaign program. In 2016, I did not have a campaign office, nor did I pay campaign staff outside of my treasury & compliance team and some graphic design work for two direct mail pieces and three mass mailings.

SF Ethics makes assumptions about the use of my mailing address at 470 Columbus Avenue based on the fact that invoices listed this location as a return address for mail. This is the address of my personal office, and was listed for filing purposes at the Department of Elections. When mailing payment, federal law requires that I put a return address, and it was also appropriate for vendors to list this address on their invoices. It did not mean that I was operating a campaign headquarters out of 470 Columbus, which literally has a desk, a chair, a bookcase full of environmental studies, a floor to dump mail on, and a desktop computer and printer. It seats two people and would hardly qualify as a campaign headquarters. The only function this address served relative to the campaign was for receipt of mail. It could have been my home address or a P.O. Box, neither of which would have constituted a campaign headquarter either.

Frankly, I shouldn’t even have to elaborate on these facts, because it is actually incumbent upon the SF Ethics Commission to affirmatively explain why anything isn’t an officeholder expense, given that there is no existing precedent that clearly defines what is not. The Commission has never met this threshold burden.

Finally, I am not sure how SF Ethics staff can make the assertion that “the Committee received and negotiated a check dated November 1, 2016 in the amount of $500 from Steven Kay made payable to Victor Makras.” No bank in the United States of America would deposit a check made out to a third party into the account of a campaign committee. Steven Kay did attend a fundraiser that Victor Makras hosted, and put in the subject line of his check that the fundraiser was hosted by Victor Makras -but any allegations that this was somehow bundling or undisclosed intermediary operations is completely without merit. I urge staff to familiarize themselves with the body of a standard check.

In conclusion, I sincerely hope that you take all of these concerns into account when finalizing your audit of the 2016 campaign committee. I will continue to cooperate and believe that my compliance team has responded appropriately and thorougly. I cannot let the above referenced issues stand, however, and expect them to be addressed.” 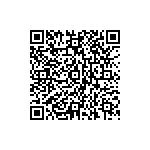 Scan the QR code with a mobile device camera to access the latest version of this document online:
https://sfethics.org/ethics/2018/01/san-francisco-ethics-commission-audit-report-aaron-peskin-for-supervisor-2016-fppc-id-1382556.html