This Audit Report summarizes the audit results of the Re-Elect London Breed for Supervisor 2016 Committee, Identification Number 1379920 (“the Committee”), for the period from January 1, 2015 through December 31, 2016. The audit was conducted by Ethics Commission staff following the 2016 City election as part of the Commission’s 2016 audit cycle to determine whether the Committee materially complied with applicable requirements of the Political Reform Act (“the Act”) (California Government Code section 81000, et seq.) and San Francisco’s Campaign Finance Reform Ordinance (“CFRO”) (San Francisco Campaign and Governmental Conduct Code section 1.100, et seq).

San Francisco Charter section C3.699-11 authorizes the Ethics Commission to audit campaign statements that are filed with the Commission along with other relevant documents to determine whether a committee materially complied with applicable requirements of State and local laws. Section 1.150(a) of the CFRO requires the Commission to audit all candidates who receive public financing and authorizes other audits to be initiated of other committees irrespective of whether the committee received any public funds.

The Committee qualified as a committee on October 27, 2015 to support the re-election of London Breed for Supervisor in District 5 in the November 8, 2016 general election. For the period covered by the audit, Stacy Owens served as the treasurer and Marissa Quaranta served as an assistant treasurer. The candidate opted not to participate in the public matching funds program and did not receive public funds in connection with this campaign. At the time this report was issued, the Committee remains active.

For the period covered by the audit, the Committee received $374,793 in contributions, including non-monetary contributions of $150, and incurred $387,545 in qualified campaign expenditures.

Auditors concluded that there was one material finding with respect to the Committee.

Finding 1 – – The Committee received contributions from a contractor doing business with the City and County of San Francisco that were prohibited under San Francisco C&GC Code Section 1.126.

The ban goes into effect when the contract is submitted to the City elective officer or a board on which the officer serves. The ban ends when either the parties terminate contract negotiations or six months have elapsed form the date the contract is approved.

Auditors determined that the Committee received contributions from the CEO of a City contractor with a contract valued at more than $50,000 or more in a fiscal year before six months had elapsed from the date the contract was approved by the Board of Supervisors:

In response to the Audit Finding, the Committee provided the following response: 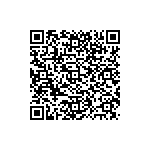 Scan the QR code with a mobile device camera to access the latest version of this document online:
https://sfethics.org/ethics/2018/01/san-francisco-ethics-commission-audit-report-re-elect-london-breed-for-supervisor-2016-fppc-id-1379920.html