As announced verbally at the Commission’s January 19, 2018 regular meeting, earlier that morning in Superior Court Judge Richard B. Ulmer, Jr. issued a ruling denying a request by the Angela Alioto for Mayor 2018 committee to enjoin our office and the Controller from certification of the Mark Leno for Mayor 2018 committee as qualified to receive public funding based on contributions his Mayoral campaign has raised to date. Judge Ulmer’s ruling in the case, Angela Alioto for Mayor 2018 v Pelham et. al., appears at Attachment 1.

San Francisco’s voluntary system of limited public financing for City candidates was first established by Proposition O, a ballot measure approved by the voters in November, 2000. As noted in the Commission’s March 2017 report on the public financing program,

“Voluntary public financing programs are established with the intent to serve several goals, each designed to strengthen the link between candidates and their constituents by enhancing candidates’ accountability to the voters who elect them. … It aims to encourage limited spending so that candidates may spend less time fundraising and more time discussing issues important to their constituencies. By providing a limited source of public funds that leverages the importance of relatively small, individual contributions in election campaigns, public financing programs help encourage new and diverse voices among candidates as well as those whom they are elected to represent.”

Lists of all June 2018 candidates certificated as eligible for public funding and dashboard showing disbursements to qualified candidates are updated in real time and viewable online at the Commission’s Public Funds Disbursements page.

The Commission’s Engagement & Compliance team held its first session to provide assistance in connection with the annual April 1 filing deadline for Statements of Economic Interests (“Form 700”). The February 7 session focused on information for departmental filing officers. Additional upcoming sessions are planned for individual filers, and will address topics including the new, single annual deadline for completing and filing Ethics and Sunshine training certifications now in effect.

Pursuant to the Commission’s auditing authority under San Francisco Charter Section C3-699-11(4) and San Francisco Campaign and Governmental Code (SFC&GCC) Section 1.150, a total of 27 committees were identified in March 2017 for audits for the 2016 election cycle. These 27 committees represented 24 percent of all committees in the 2016 audit pool, and 80 percent of total expenditures for the 2016 audit pool. Of the 27 committees, 15 were selected for direct audit by Commission auditors, including non-publicly financed candidate committees, ballot measure committees, and general purpose committees. The 12 publicly-financed candidates subject to mandatory audit were conducted on the Commission’s behalf through the Controller’s Office pursuant to SFC&GCC Sec. 1.150(a), which states that the Controller must assist in conducting these audits at the Executive Director’s request.

As of the end of January 2018, final audit reports for four of the five non-publicly financed candidate committees were published online on the Commission’s Audit Reports page. Together, these four audits represent more than 90 percent of total expenditures reported by the non-publicly financed candidate committees selected for audit in the 2016 cycle.

On December 29, 2017, the Office of the Controller’s City Services Auditor Division (CSA) forwarded to our office its audit assessments of the 12 publicly-financed candidate committees it engaged Macias Gini & O’Connell LLP to conduct on its behalf. Those reports are undergoing final internal review by Staff and will be posted online as final audit documents once we have completed that process.

Attachment 2 provides information prepared by Staff regarding the possibility of instituting a phone system that would allow members of the community to participate in Ethics Commission meetings without being physically present. We provide this information as a further update in response to recent questions by the Commission about whether and how it might institute such a phone system for the Commission’s regular monthly meetings.

I am pleased to announce that Robert Hodge will be joining the Ethics Commission staff as our new Auditor (1822) at the end of the month. Robb will join Audit teammates Amy Li and Manisha Lal in performing campaign and lobbying audits, and conducting reviews of committee requests for public financing.  Robb’s background includes over five years of experience as a political compliance and reporting specialist at two of the area’s campaign compliance law firms, the Sutton Law Firm and Nielsen Merksamer. As part of that work, he conducted audits for clients, maintained and reviewed accounting records, performed detailed compliance work for organizations and individuals involved in state, local and federal elections, and gained a broad knowledge of campaign and lobbying laws in a range of jurisdictions. He also has experience assisting in public sector audits while overseeing daily operations as the Aquatics Coordinator for a local recreation district. Robb holds a Bachelor’s in Political Science from Denison University. We look forward to welcoming Robb on February 26, 2018.

I am also pleased to announce that Thomas McClain will be joining Ethics Commission staff as our new Senior Investigator/Legal Analyst (1823) on March 12. Thomas will join fellow investigators Eric Willett, Jeff Pierce, and Jeff Zumwalt. Thomas began his career in 2014 at the San Diego County District Attorney’s Office as a Deputy District Attorney. As a DDA, Thomas evaluated potential cases, determined whether the D.A.’s Office should file charges, and managed active cases from the preliminary hearing stage through plea agreement or jury trial when necessary. Prior to his stint at the D.A.’s Office, Thomas served as a law clerk to United States District Court Judge John A. Houston, the United States Attorney’s Office in Santa Ana, and the Orange County Public Defender’s Office. Thomas brings critically valuable experience assessing and analyzing evidence, conducting witness interviews, and drafting probable cause reports, which will complement the current team of investigators. Thomas graduated from the University of San Diego with a Bachelor of Arts degree in history and from the University of California-Irvine Law School, where he won the Pro Bono Achievement Award, co-founded the Black Law Students Association, and worked as a Research Editor for the UC Irvine Law Review. We look forward to welcoming Thomas on March 12.

To ensure priority focus is given to finishing our hiring for our four remaining job openings (See Table 1 below), we have initiated a work order with the Department of Human Resources for continued direct support for our recruitment and exam-related work for the remainder of this fiscal year.

Following his swearing in as Mayor in late January, Mayor Mark Farrell re-issued his budget instructions for the FY19-20 cycle reaffirming those issued in early December by late Mayor Ed Lee. In it, he confirmed the direction given to departments to submit to the Mayor’s Budget Office general fund reduction proposals of 2.5% in each budget year, with no new positions (“FTEs,” or full-time-equivalencies). He also underscored his desire to run local government with a commitment to achieving equity for all underrepresented groups, stating that he will prioritize efforts that focus on equity and the tools and systems that reduce disparities among San Francisco communities.

As the Ethics Commission continues to pursue fully rightsizing itself organizationally, filling the positions the Commission secured just last year with then-Mayor Lee’s and the full Board’s support remains essential. With our hiring plan for those positions nearing completion this fiscal year, we will not be seeking additional FTEs in our budget request for the coming fiscal year. However, because 90 percent of the Commission’s funding is attributable to personnel salaries and benefits, a 2.5 percent reduction would require elimination of staffing resources. Based on the Commission’s expanded workload demands in connection with three city elections (June 2018, November 2018, and November 2019), key program mandates identified but not yet able to have been fulfilled, and critical new systems continuing in development to improve program and service delivery, the Commission is not in a position to propose any budget reductions.

An overview of the items that will be addressed in the FY19-20 budget package we plan to submit to the Mayor’s Office on February 21 appears in Attachment 3.

I look forward to answering any questions about this report at your meeting on February 16th. 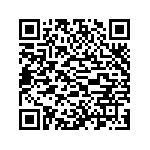 Scan the QR code with a mobile device camera to access the latest version of this document online:
https://sfethics.org/ethics/2018/02/executive-directors-report-february-13-2018.html