In a separate action at its May meeting, Commission affirms final determination of its Executive Director that the Angela Alioto for Mayor 2018 committee is ineligible for public financing in the June 2018 election

At its monthly meeting on May 7, 2018, the San Francisco Ethics Commission approved a settlement agreement with the Alice B. Toklas Lesbian and Gay Democratic Club PAC in which the Committee agreed to a $4,500 fine for failure to provide full disclaimers as required by City law on six campaign advertisements in the November 2016 election. As detailed in its Stipulation, Decision, and Order, the advertisements supported candidates for City elective office through a mass mailing, walk cards, and billboards, but failed to include disclaimer language informing the public that the advertisements were not authorized or paid for by a candidate a committee controlled by a candidate. The Committee’s advertisements also failed to include a required disclaimer to inform voters that records of its campaign fundraising and spending activity are available on the Ethics Commission’s website at sfethics.org.

To support transparency about campaign fundraising and spending in City races, the City’s campaign finance ordinance requires advertisements paid for by committees making expenditures which support or oppose the election or defeat of a clearly identified candidate or measure to include disclaimers. The Ethics Commission also posts detailed information about third-party spending in City races on its website, where the public can research campaign statements that reveal who funds campaigns and how campaigns spend their money. Visual overviews of election fundraising and spending data are updated on the Commission’s interactive campaign finance dashboards, including for the 2018 elections.

In a separate matter at its May 7 meeting, the Commission also considered a request by the Angela Alioto for Mayor 2018 committee for additional time to raise funds and produce documentation in support of its request to qualify for public financing in the June 5, 2018 election. Following a presentation by the Executive Director and comments by the committee, the Commission voted 3-2 to affirm the Executive Director’s May 2 final determination that the committee was not eligible to receive public financing for the June election as the final determination of the Commission.

In other matters, the Commission also announced following a closed session probable cause hearing that it had found probable cause to believe that a violation of the law had occurred by John Avalos and the John Avalos for Mayor 2011 Committee due to that committee’s failure to properly document more than $100,000 in expenditures and more than $2,000 in non-monetary contributions, and to timely report more than $140,000 in expenditures as required by Sections 1.106 and 1.109 of the City’s campaign finance ordinance. As with all probable cause determinations by the Commission, the respondent is presumed innocent unless and until such time that the Commission determines through a hearing on the merits that a violation of the law occurred. The Commission announced that it now plans to proceed to an administrative enforcement hearing on the matter.

For more information, visit www.sfethics.org or contact the Commission at ethics.commission@sfgov.org or (415) 252-3100. 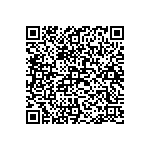 Scan the QR code with a mobile device camera to access the latest version of this document online:
https://sfethics.org/ethics/2018/05/public-announcement-of-ethics-commission-enforcement-action-fining-pac-4500-for-six-campaign-ad-disclaimer-violations.html