At its monthly meeting on June 15, 2018, the San Francisco Ethics Commission approved a settlement agreement with Olson Lee, former Director of the Mayor’s Office of Housing and Community Development (“MOHCD”), in which Mr. Lee agreed to pay an $800 fine for violating City law by engaging in activity incompatible with his role as Director of MOHCD. As Director, Lee oversaw both the drafting of a Request for Qualifications (“RFQ”) and the selection of the recipient of a $10,000,000 loan to assist in the development of low-income housing in San Francisco. At the same time, Lee was a member of the board of directors of the nonprofit entity created by the Mayor’s Office to which MOHCD awarded the $10,000,000 loan.

As detailed in a Stipulation, Decision, and Order, the Commission assessed the penalty against Lee for a violation of San Francisco Campaign and Governmental Conduct Code section 3.218, Incompatible Activities, which requires each City department to identify outside activities that are incompatible with employment in that department and therefore prohibited. An employee may receive an Advance Written Determination (“AWD”) from his or her department when that request includes all material facts of the proposed activity. A signed advance written determination grants immunity to an employee from future discipline or administrative penalties for engaging in the proposed activity.

The Mayor’s Office Statement of Incompatible Activities, which covered staff at MOHCD, expressly prohibited employees of the Mayor’s office—including the Director of the MOHCD—from serving on the board of a nonprofit organization that applied for a loan or grant administered by MOHCD. Only after he was contacted by Ethics Commission Staff and six months after he engaged in the prohibited activity did Lee seek an AWD, and his statement of proposed activity did not include the fact that Lee oversaw MOHCD’s RFQ and selection processes. Based on this omission of material facts as to the activity in which he participated, Lee was not entitled to immunity from administrative penalties.

Statements of Incompatible Activities for each department of the City and County of San Francisco are on available on the Ethics Commission’s website at sfethics.org. 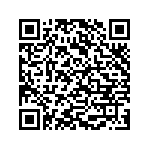 Scan the QR code with a mobile device camera to access the latest version of this document online:
https://sfethics.org/ethics/2018/06/public-announcement-of-enforcement-action-5.html