This Audit Report summarizes the audit results of the committee, Stevon Cook for School Board 2016, FPPC Identification Number 1382554 (“the Committee”), for the period from January 1, 2016 through December 31, 2016.  The audit was conducted by Ethics Commission staff following the 2016 City election as part of the Commission’s 2016 audit cycle to determine whether the Committee materially complied with the requirements of the Political Reform Act (“the Act”) (California Government Code section 81000, et seq.) and San Francisco’s Campaign Finance Reform Ordinance (“CFRO”) (San Francisco Campaign and Governmental Conduct Code section 1.100, et seq).

San Francisco Charter section C3.699-11 authorizes the Ethics Commission to audit campaign statements that are filed with the Commission along with other relevant documents to determine whether a committee materially complied with applicable requirements of State and local laws.  Section 1.150(a) of the CFRO requires the Commission to audit all candidates who receive public financing and authorizes other audits to be initiated of other committees irrespective of whether the committee received any public funds.

The Committee qualified as a candidate-controlled committee on February 26, 2016 to support the election of Stevon Cook (“the Candidate”) for School Board in the November 8, 2016 election.  For the period covered by the audit, Stacy Owens served as the treasurer and Stevon Cook served as the assistant treasurer.  The Committee terminated June 30, 2017.

Auditors concluded there were two material findings with respect to the Committee.

The Committee accepted a contribution from a corporation that must be forfeited (Campaign and Governmental Conduct Code Section 1.114(b): Limits on Contributions from Corporations)

S.F. C&GC Code Section 1.114(b) provides that corporations, whether for profit or not, may not make contributions to candidates for City elective office.  Contributions received from corporations are required to be forfeited to the City.

From the documentation provided, there was no evidence that these contributions were either returned or forfeited.

The Committee had expenditures up to $733.66 that remained unpaid beyond 180 days (Campaign and Governmental Conduct Code Section 1.118: Payment of Accrued Expenses)

The table below lists accrued expenditures that were paid after 180 calendar days.

In response to the findings contained in this Audit, the Committee provided the following response:

Auditor Comment:
Although the remit envelope may have indicated the name of an individual, the October 18, 2016 check it contained was a contribution made payable to the Committee from De Brus Construction.

Finding 2:
“The committee did its best when retiring debt to comply with payments within 180 days.” 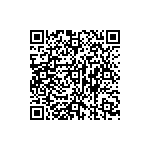 Scan the QR code with a mobile device camera to access the latest version of this document online:
https://sfethics.org/ethics/2018/08/san-francisco-ethics-commission-audit-report-stevon-cook-for-school-board-2016-fppc-id-1382554.html