As detailed in a Stipulation, Decision, and Order, the Commission assessed the penalty against Mecke for four counts in violation of San Francisco Campaign and Governmental Conduct Code section 1.510 for his work with the Yes on G campaign in 2014 and the Yes on F campaign in 2015.Two counts involved his failure to register as a campaign consultant and two counts involved his failure to disclose his consulting activity.

Under the San Francisco Charter, the Ethics Commission is authorized to assess administrative penalties of up to $5,000 per count, or three times the amount not properly reported. Violations of the law also may be resolved through a Stipulation, Decision, and Order in which a respondent acknowledges the violation and the respondent and Commission agree to settle and resolve all factual and legal issues in the matter without the need for administrative hearing. 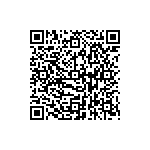 Scan the QR code with a mobile device camera to access the latest version of this document online:
https://sfethics.org/ethics/2018/09/ethics-commission-fines-campaign-consultant-for-failure-to-register-and-file-mandatory-disclosure-statements.html