At its regular monthly meeting on January 18, 2019, the San Francisco Ethics Commission approved a $12,146 settlement agreement with John Avalos in which Avalos acknowledged responsibility for 10 counts of violating the City’s Campaign Finance Reform Ordinance by failing to properly document campaign contributions and expenditures and failing to timely report campaign expenditures during his 2011 Mayoral campaign. As detailed in a Stipulation, Decision, and Order, the Commission assessed the penalty against Avalos in violation of San Francisco Campaign and Governmental Conduct Code sections 1.106 and 1.109 for failing to properly document more than $2,000 in non-monetary contributions and more than $100,000 in expenditures, and for failing to timely report nearly $140,000 in expenditures.

Under the San Francisco Charter, the Ethics Commission may assess administrative penalties of up to $5,000 per count, or three times the amount not properly reported. Under the Campaign Finance Reform Ordinance, candidates and treasurers may be held personally liable for violations by their committees. Violations of the law also may be resolved through a Stipulation, Decision, and Order in which a respondent acknowledges the violation and the respondent and Commission agree to settle and resolve all factual and legal issues in the matter without the need for an administrative hearing. 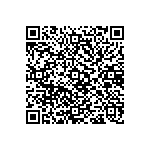 Scan the QR code with a mobile device camera to access the latest version of this document online:
https://sfethics.org/ethics/2019/01/ethics-commission-approves-12146-in-penalties-in-settlement-resolving-2011-case-of-mayoral-campaign-recordkeeping-and-disclosure-violations.html